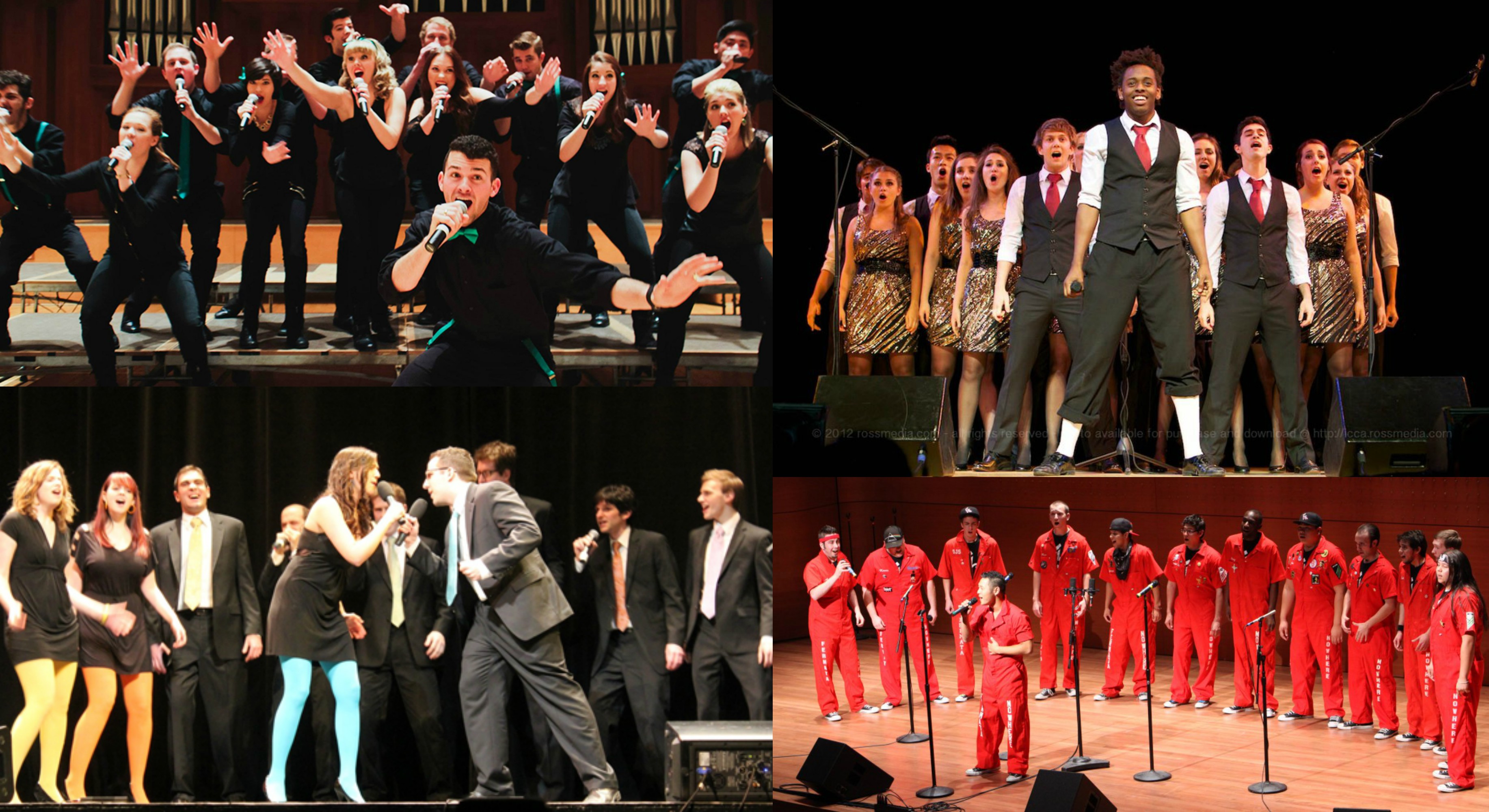 4 ICCA Moments That Caught Us All By Surprise

January 20, 2017
Tweet
One of the best things about the ICCAs...big moments no one ever saw coming.

For those who have experienced multiple ICCA (International Championship of Collegiate A Cappella) events over the years, there's something refreshing about those unexpected turn of events that take place during competition. No, we're not talking about wardrobe changes mid-set or running into the audience. No, we're innovative mic techniques, come from behind victories and cinderella stories (can you say foreshadowing).

Below are 4 surprising moments that took place in an ICCA event over the past 10 years that we're still talking about today. In chronological order.

In 2009, an all-male group from Mt. San Antonio College took the aca-community by storm. Relatively unknown at the time, the group delivered an ICCA set for the ages. Centered on high-octane energy with flawless dance moves to match, Fermata Nowhere became one of the first groups to abolish the stereotype of what a typical set should be.
Not to mention, their song "Heartless Medley" is one of the first instances we can recall where a group truly capitalized on theme. Check out the video below to see why the gentlemen won it all in 2009.


2. Voices In Your Head's Innovative Fusion of Choreography and Mic Technique

If you've ever hung around a group of people who are passionate about ICCA, chances are that you've heard references to the 2012 ICCAs. One, because of the group who won it all, which we'll get to. Second, because of the travesty of University of Chicago's Voices In Your Head not placing in the finals, after one of the most mesmerizing sets in a cappella history. Not only did this set feature the awesomeness that is "We Found Love," one of the most creative arrangements ever, it also featured the stunner "Titanium."

If you don't know much about Voices In Your Head, know that they are big on innovation. They have penned multiple original songs, appeared in a few ICCA semifinal rounds, and their music videos are unlike anything else. But we digress. Hands down, one of the group's biggest and shocking moments came during their second song at the ICCA Finals when they displayed some imaginative mic technique and choreography. The resulting effect acting as a human fader. Check out the crowd's reaction to this and question how this group did not place.

Not only was 2012 a big year based on the previous surprising ICCA moment, it was also huge in that we almost saw a cappella royalty dethroned. In case you are completely lost by what I'm referencing to, I'm talking about the USC Socal Vocals. If ever there was the gold standard for collegiate a cappella, the Socal Vocals would be the prime example. As history dictates, every year that the group competes in the ICCAs, they inevitably go on to win it. But we almost witnessed the fall of empire in 2012.

After placing first in their quarterfinal, the group took second place to the UCLA Scattertones in the semifinal round. But each year, groups who don't advance to the finals but place 2nd and 3rd in their semifinal round are eligible to participate in the wild card round (a video submission phase where judges have the power to advance one additional group to the finals). And who eventually became the wild card champs in 2012? You guessed it, the Socal Vocals. But what makes the story even more dramatic, the Socal Vocals went on to win finals, beating out the competitors who beat them in the semi-final round, The Scattertones. By only 7 points. See their award-winning set below and wonder why has this not been made into a movie yet.

4. A Young and Unknown Group In Baylor's Virtuoso Puts The Southern Region On The Map

Just like in college sports, there can be a Cinderella Story in competitive a cappella, such is the case with Baylor University's Virtuoso. Every year, it's rather expected that the favorites to win the ICCA crown will come out of the Western or Northeastern region. But then comes along a young group with passion and vigor that goes on a roll, with hardly anything in the way to stop it. Virtuoso was that group in 2015.

In only their second appearance at the ICCAs were indeed a force to be reckoned with as they steamrolled the competition in the south. They had the talent, the appeal, and their arrangements were on another level. While they did not end up winning it all, they became one of the fan favorites with their captivating soloists and kick-ass percussionist who absolutely crushed the breakdown section in their cover of "Uptown Funk." It's because of unsuspecting groups who come out of nowhere with such a knack for this art that we love a cappella.