A Look At Your 2019 ICCA Finalists

The stage is set!

Tomorrow night, one college a cappella group will earn the distinction of being crowned the 2019 ICCA Champion.

Since January, vocal groups from universities all over the world have been competing in the International Championship of Collegiate A Cappella in hopes of earning a spot at the Finals. Well, the ten regional champions have been determined and will have their moment in the spotlight as they compete at the PlayStation Theater in New York City.

Some competing groups will be making their first Finals appearance, while more than a few are returning as past finalists.
Each group will hope to join the ranks of past champions such as The Socal Vocals, The Nor’easters and various other champions.

While we anxiously await the results of who the 2019 champion will be, here’s a look at this year’s competitors. 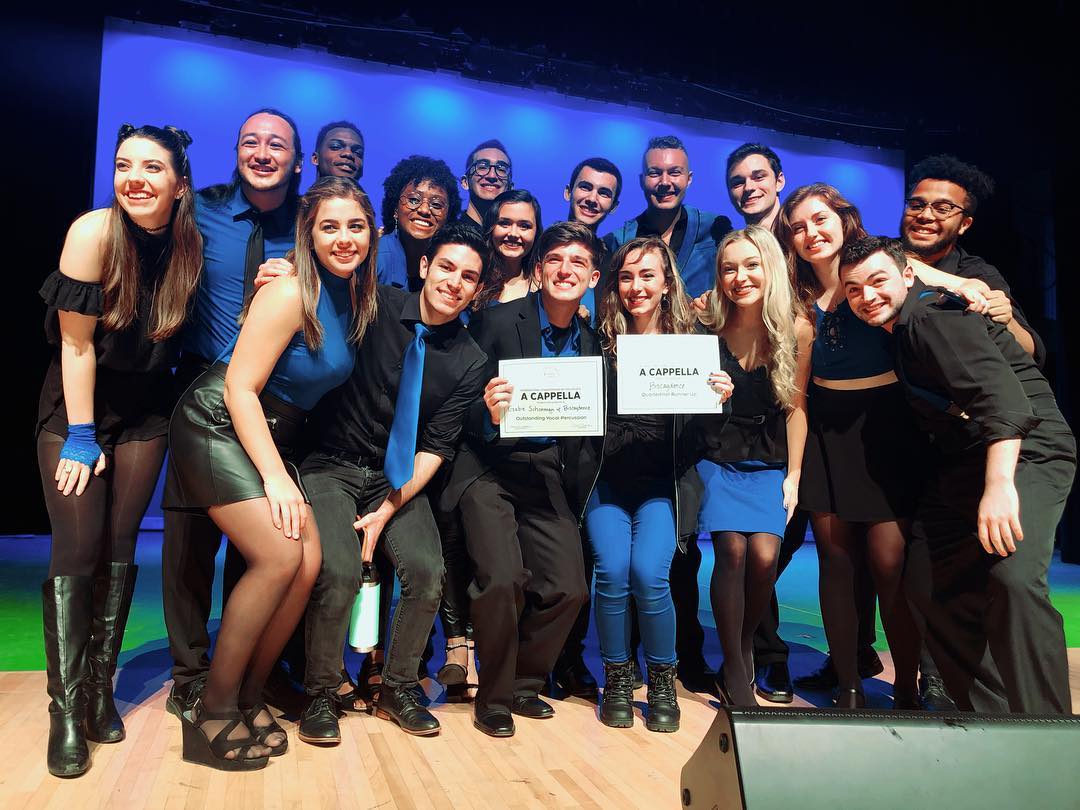 Hailing from the University of Miami is this year’s South Champion, BisCaydence. Founded in 2011, the co-ed vocal group has advanced to the ICCA South Semifinals four times in the last five years. Can you say impressive? This will be the group’s first appearance at the ICCA Finals. 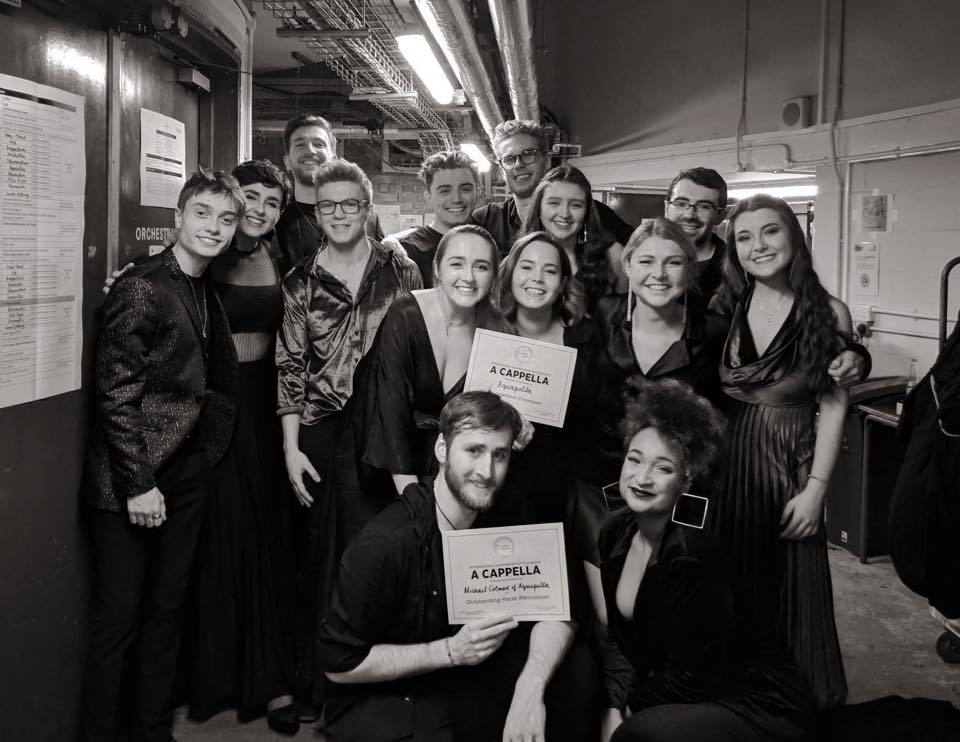 Aquapella is easily one of the most decorated and experienced groups appearing at this year’s Finals. Founded in 2011, Aquapella is this year’s UK Champions and are making another return to the BIG stage after advancing to the final round back in 2017. We’ll be interested in seeing if they can once again capture the award for Outstanding Choregoraphy. 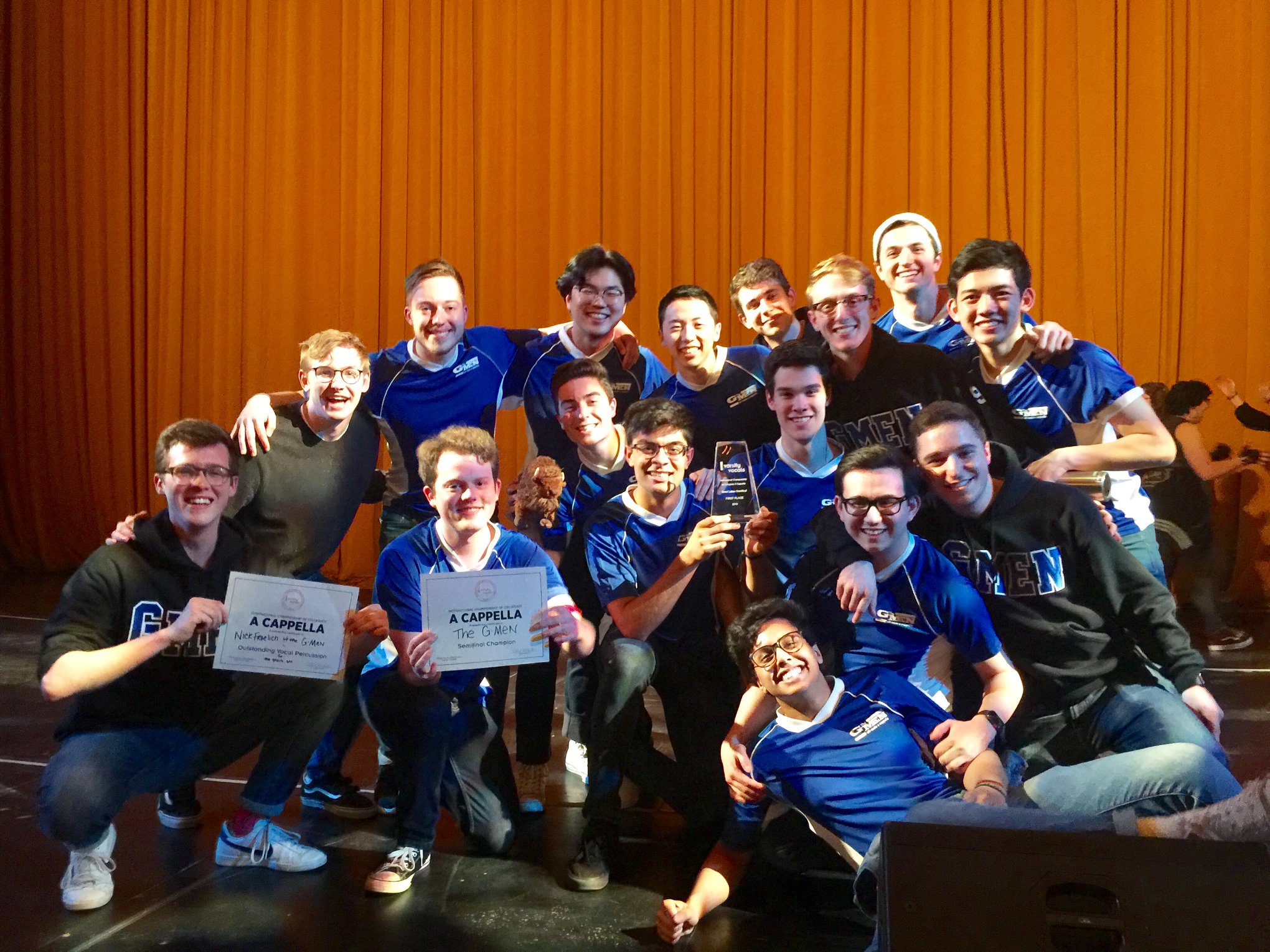 Marking their fourth ICCA Finals appearance, this year’s Great Lakes Champions, The G-Men have every right to be called seasoned vets. Established in 1995, the all-male vocal group has regularly appeared in ICCA Finals since 2013, garnering multiple awards along the way. This could definitely be the group’s year. 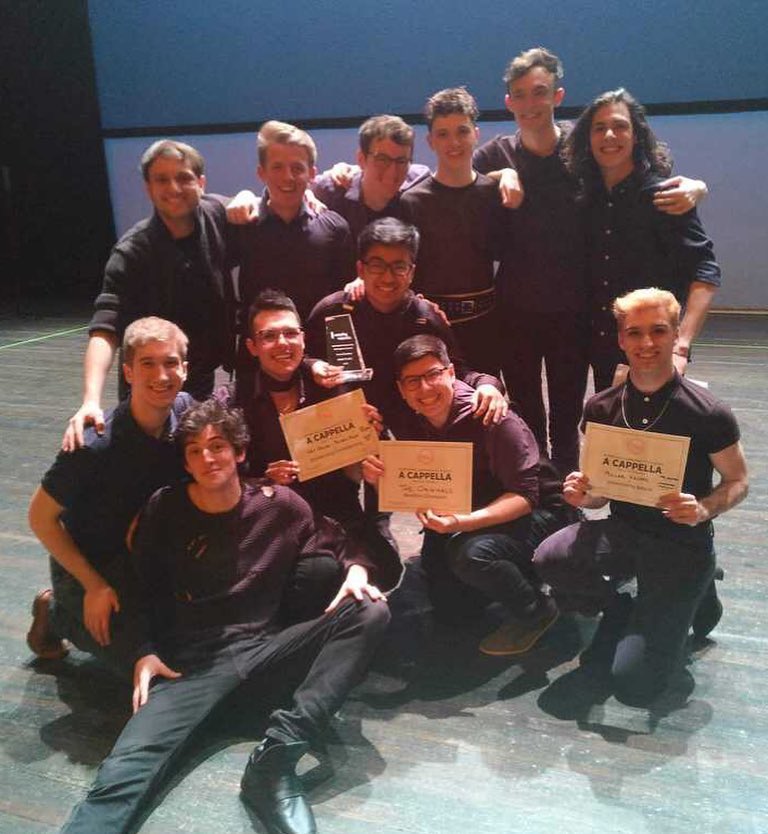 The 2019 Central Champions, The Originals, have a long and fabled ICCA history dating all the way back to 2007. The most significant being their 2016 Finals appearance where the all-male group took home runner-up and a slew of awards. We have no doubt that first place honors is on their mind. 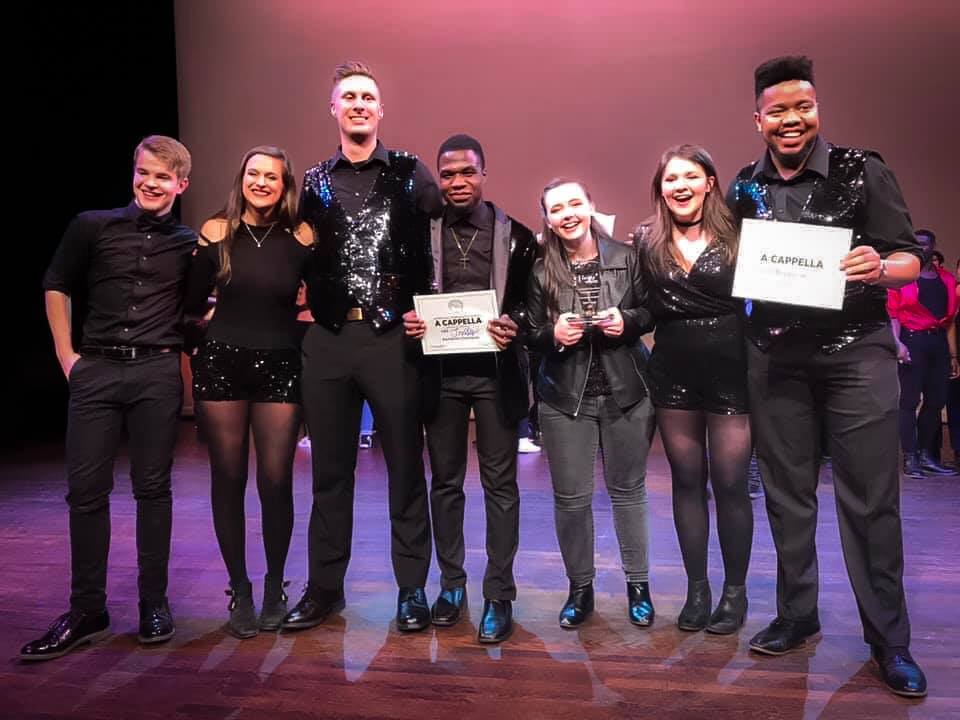 Founded in just 2015, the Mid-Atlantic Champion the Trills come into Finals as the youngest group. But don’t let that fool you as the group marks their second ICCA Finals appearance in three straight years of competing in the event. The 7-member vocal group is sure to deliver a bigger sound than their numbers let on. 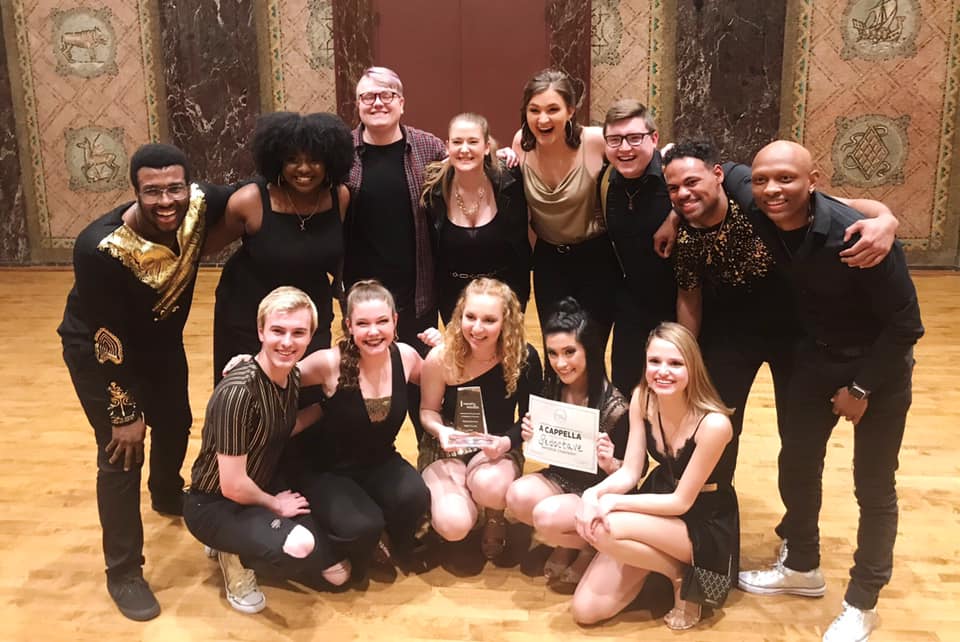 This year’s Midwest Champion Sedoctave will be making their first-ever ICCA Finals appearance. The coed vocal group has placed in the top 3 at each of their ICCA Quarterfinals since 2015, which is quite remarkable for a group that was founded in 2014. They’ll be looking to make history in their ICCA Finals debut. 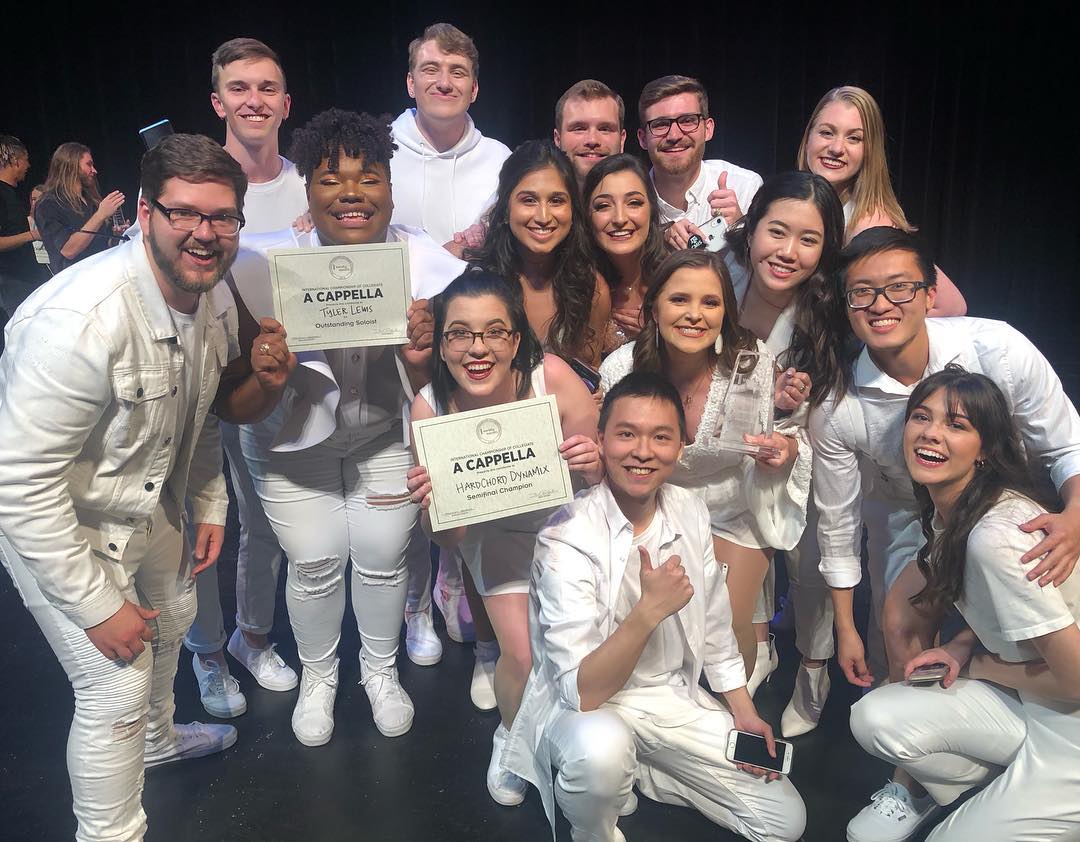 Similar to our previous champions, our Southwest Champions HardChord Dynamix is setting foot on the ICCA Finals stage for the first-time ever since their founding in 2007. The group came close to a Finals appearance back in 2017, advancing all the way to Semifinals. If the group is able to capture the title, they will not only be the first Southwest Champion, but the very first one from Texas. 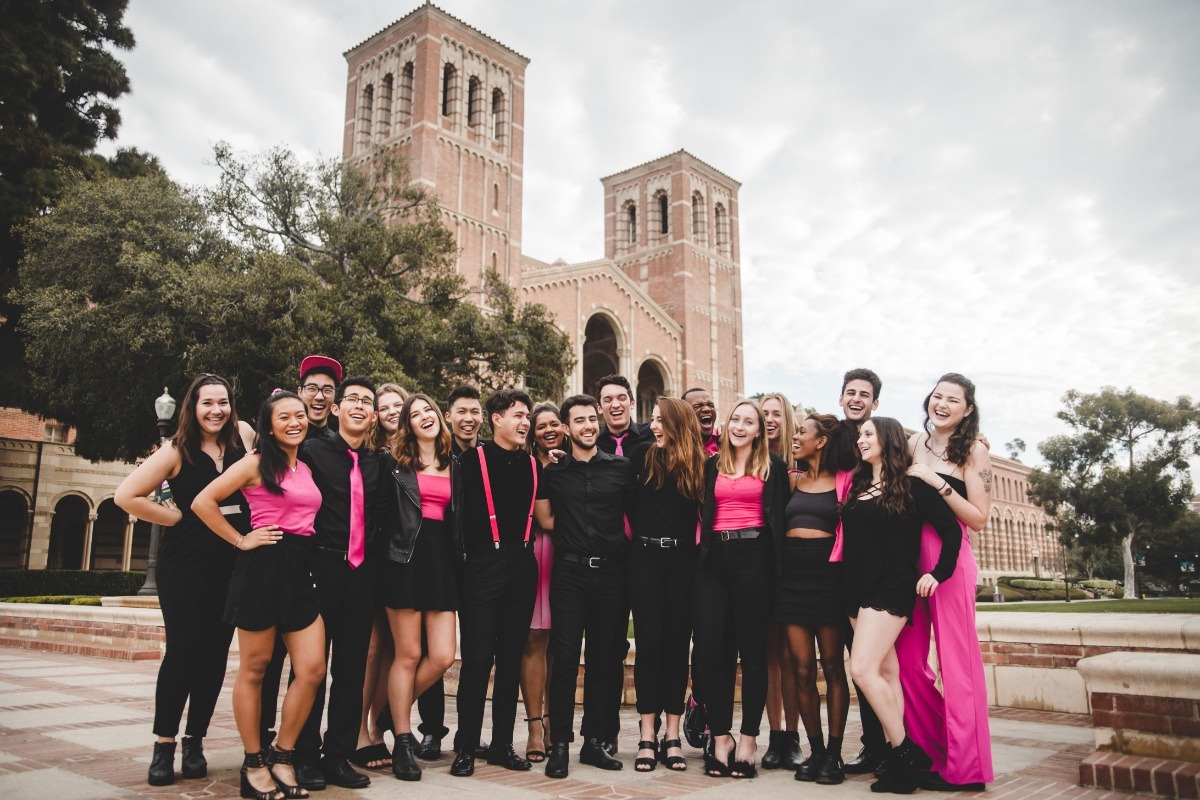 This year’s West Champions the ScatterTones might be the most decorated group in the competition. Founded in 2002, the ScatterTones have appeared in four ICCA Finals since 2012, taking home runner-up honors in three of those cases. There’s probably no group hungrier to win than them. 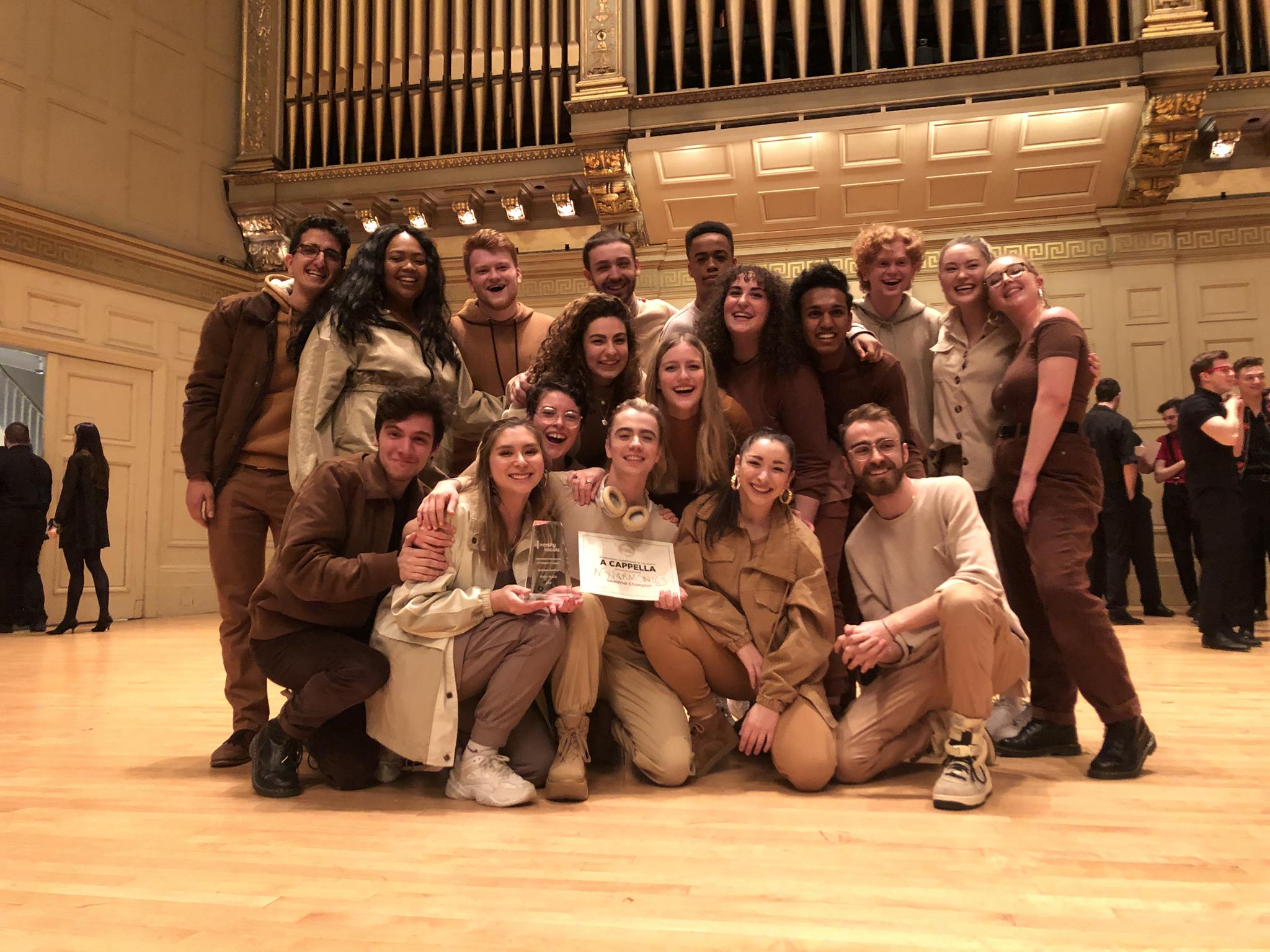 The Northeast Champion the NYU N’Harmonics are no strangers to the Finals having made an appearance in years past. Since their founding in 1997, the group has enjoyed multiple appearances in ICCA competition, advancing to Semifinals along the way. And if there ever was a such thing as home field advantage in a cappella, they would hold it. 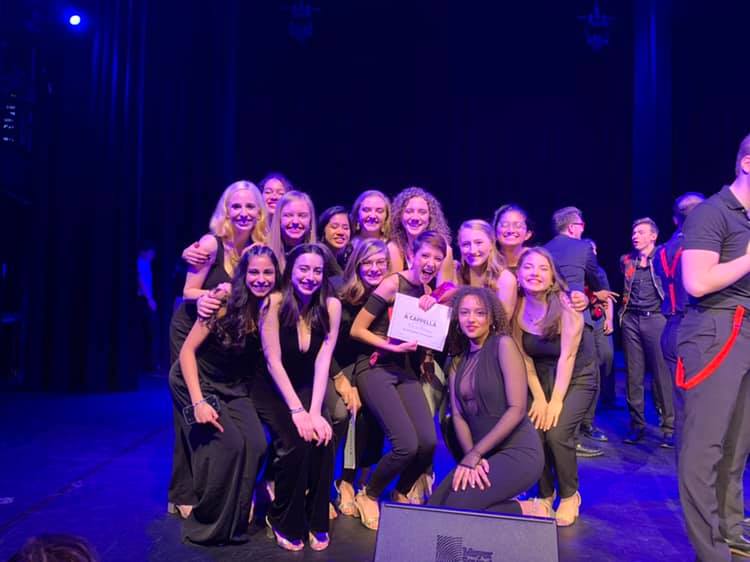 The 2019 Wild Car Champion probably couldn’t be a better fit for anyone other than Pitch, Please. Founded in 2012, the group saw immense ICCA success in just their first two years of existence and placed third at their respective Quarterfinal last year. The all-female vocal group is looking to finally hoist up the trophy this year.