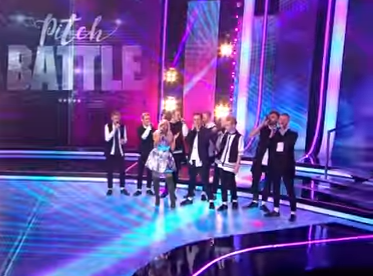 On this past weekend's episode of BBC's "Pitch Battle," a cappella reign supreme.

After two episodes of all-vocal groups being cut before the final round, one all-male group was able to take home a victory as All The King's Men from King's College London were crowned the winners of episode 3 of "Pitch Battle."

Along the way the group had some tough competition from groups who were both phenomenal singers and who showed varied styles. One could argue that a mix of talented lead singers, as well as a great deal of showmanship, helped to catapult the boys into the lead.

All The King's Men will return for the competition's finale, where they will perform again with Bebe Rexha, the judge who ultimately had the deciding vote in crowing episode 3's winner.

You can check out all five "Pitch Battle" performances by All The King's Men in the videos below.