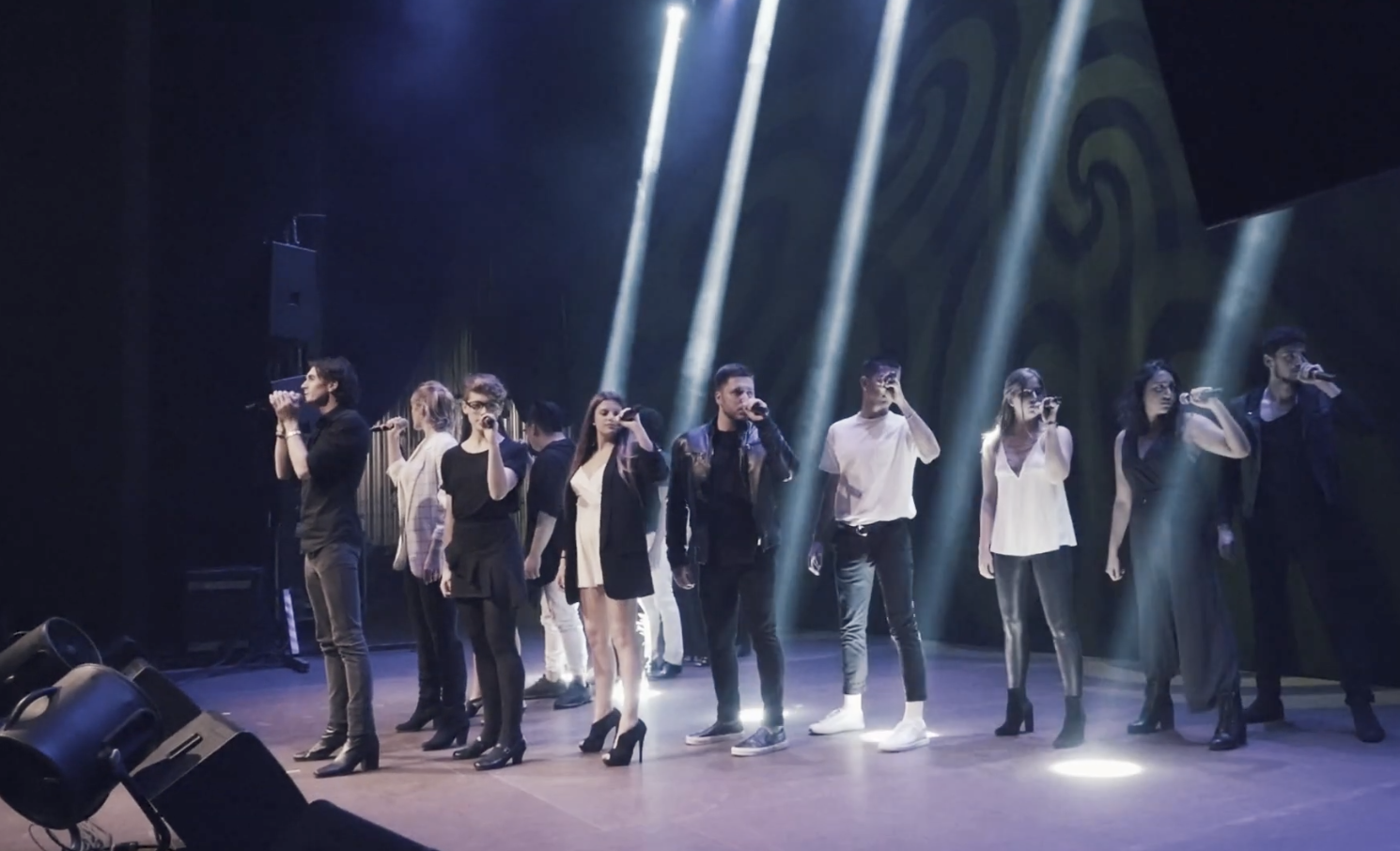 The University of Michigan's Amazin' Blue has rewritten the script on Cash's hit song "Ring of Fire" and it's unlike anything you've possibly heard. Fueled by experimental stylings and some insane vocal effects comes a pulsating performance that dives head first into a unique realm of imagination and art.

Amazin' Blue opens "Ring of Fire" portraying a hybrid of theatre and opera as they deliver dramatic and larger than life vocals. This is short lived as they establish a darker tone and persona as the song gets going, primarily fueled by unconventional percussion, a spirited backing group and a dynamic lead that holds your attention with the firmest grip.

And the fun doesn't stop there as the performance only intensifies incorporating prominent rock elements and diverse vocal sounds from the entire group. Just when you think that Amazin' Blue has shown you all of their tricks, they gut punch you with even more creativity.

It is truly a performance that will surprise and stun you.
We can only hope that more groups are as adventurous as Amazin' Blue is when it comes to putting a fresh spin on music.