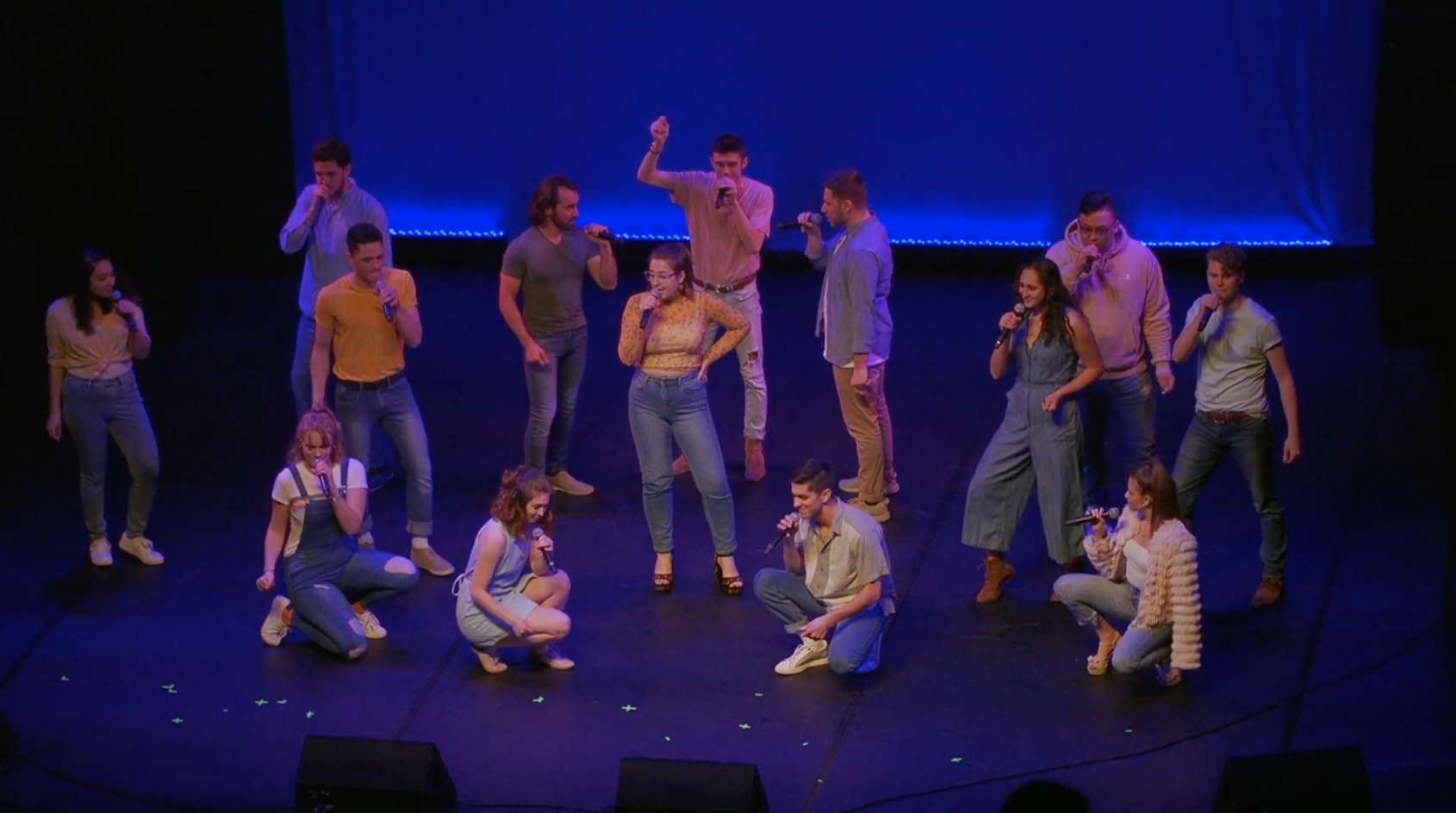 It’s fair to say that Amazin’ Blue’s set at the 2019 Boston Sings A Cappella Festival (BOSS) entitled “Joy” is aptly named and completely hits the mark.

In a new video recently released by the college a cappella group from the University of Michigan, the coed music ensemble brilliantly delivers one of the best feel-good performances of the year as they cover Natasha Bedingfield’s “Unwritten.” And while the 2004 chart-topping hit is packed with loads of delightful energy and early 2000s pop nostalgia, Amazin’ Blue’s fresh interpretation is a homerun stunner!

From the word GO Amazin’ Blue showcases a full and rich sound, backed by terrific production, allowing each and every syllable to pop.
This does wonders in marrying the authentic smooth vibes of early 2000s pop with the slick stylings of today’s modern music.

The true joy of singing rings through clearly in the a cappella group’s vocals, felt heavily in the performance’s consistently building positive energy. The best moments truly come in the group’s unified, active vocals, specifically when they’re snatching your wigs with the collective riffs that happen as they transition between sections. Or as they display multiple jaw-dropping soloists with each new movement.

There’s absolutely nothing lacking from this new video.

Even the moments where Amazin’ Blue gets the audience involved in the fun near the end is simply incredible, showing that the group’s electric energy can be felt by each and every person who witnessed the live feat.

This video is one of the year’s best and will hands down leave you in a good mood!