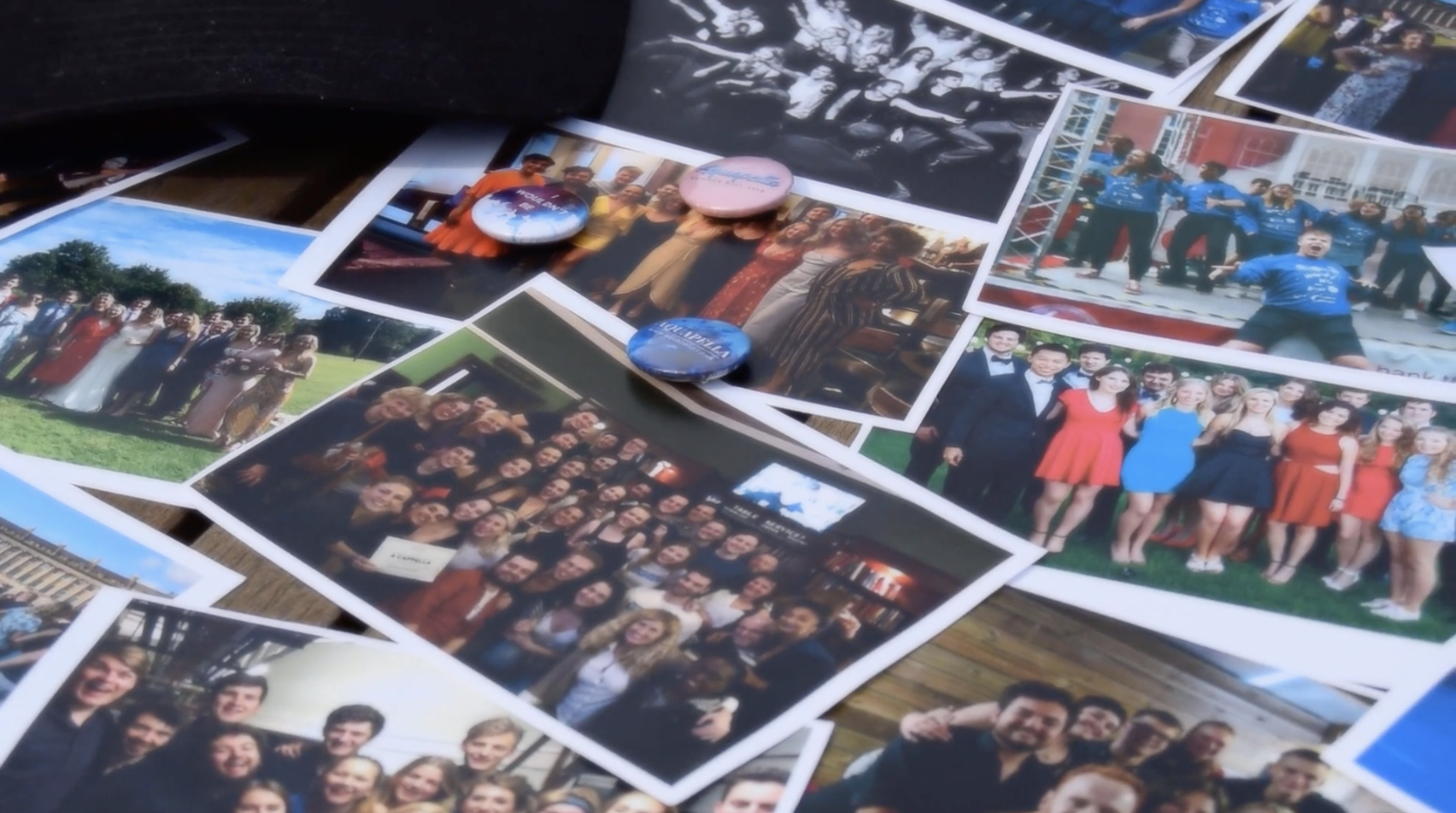 Original songs in collegiate a cappella are often rare gems. Many times, the thought of composing and arranging an original and having it well-received by an audience can cause many groups to diverge and choose to stick with covering already recorded material.

But every now and then, an a cappella group will step out of its comfort zone in hopes of producing something that is truly their own.

The coed a cappella group has found much success on the competitive scene in recent years and have taken a step forward by releasing their debut album Telos over the summer. The 14 track album features many inspiring and wonderfully crafted tracks by Aquapella. But none of the tracks leave as big of a musical footprint on listeners as Sing does.

Sing is original track composed by group member Erin McCullough, with additional lyrical help by member Edward Southgate.
The song acts as an anthem to members who are now departing the group, as well as Aquapella supporters.

The group published a heartfelt post on their Facebook page with some additional thoughts about the song:

Being a university A Cappella group means meeting and becoming friends with an ever-changing roster of people - gaining new companions every autumn as we audition new members, but sadly saying goodbye to old friends as they move onto bigger and better adventures at the end of every summer...

However, this means there are always new additions to our ever-growing alumni - our incredibly enthusiastic and supportive family who never fail to cheer us on as we keep making music! We know how lucky we are as a group to have such supportive friends behind us, who continue on long after graduation watching every step of our journey. This video is for you, our one-of-a-kind alumni family.

"Sing", an original song written for Telos with music by the wonderful Erin McCullough with lyrics co-written by Edward Southgate, is a piece of music that truly encapsulates the idea that music brings people together, and we're so thankful to have been able to sing with all of our Aqua-family.

"Those who wish to sing, always find a song."

Recently, the group has also released a special music video to accompany the song.

The song delivers an incredible punch with its steady build, showcasing a balance of both ballad stylings and uptempo rock elements. The listener is taken on a powerful musical journey that exemplifies passion, art and friendship. While there are many special original songs that have been produced in the college a cappella space, this one feels like the perfect love letter to our unique genre as most collegiate a cappella members only spend four years with their group.

This is a video that will move you and for those currently or previously involved with collegiate a cappella, you may just shed a few tears.