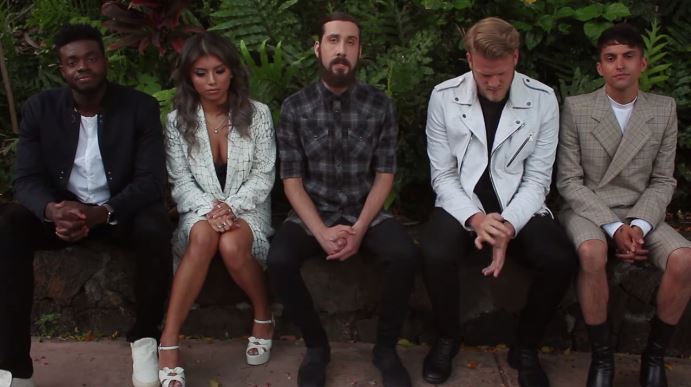 News broke today via Pentatonix's Facebook that band member Avi Kaplan will be stepping away from the group.

Pentatonix rose to fame during their Season 3 run on The Sing-Off, which saw the a cappella quintet crowned as the eventual champions. Since then, the group has released seven studio albums, won three Grammys, and garnered millions of video views on their YouTube channel.

No official word has been made if the band will look to replace their original bass. Kaplan made the decision to depart from the group, citing that he's been struggling to keep up with the fast pace of the group in addition to missing time with family and friends. Kaplan will continue touring with the group throughout their currently scheduled performances.