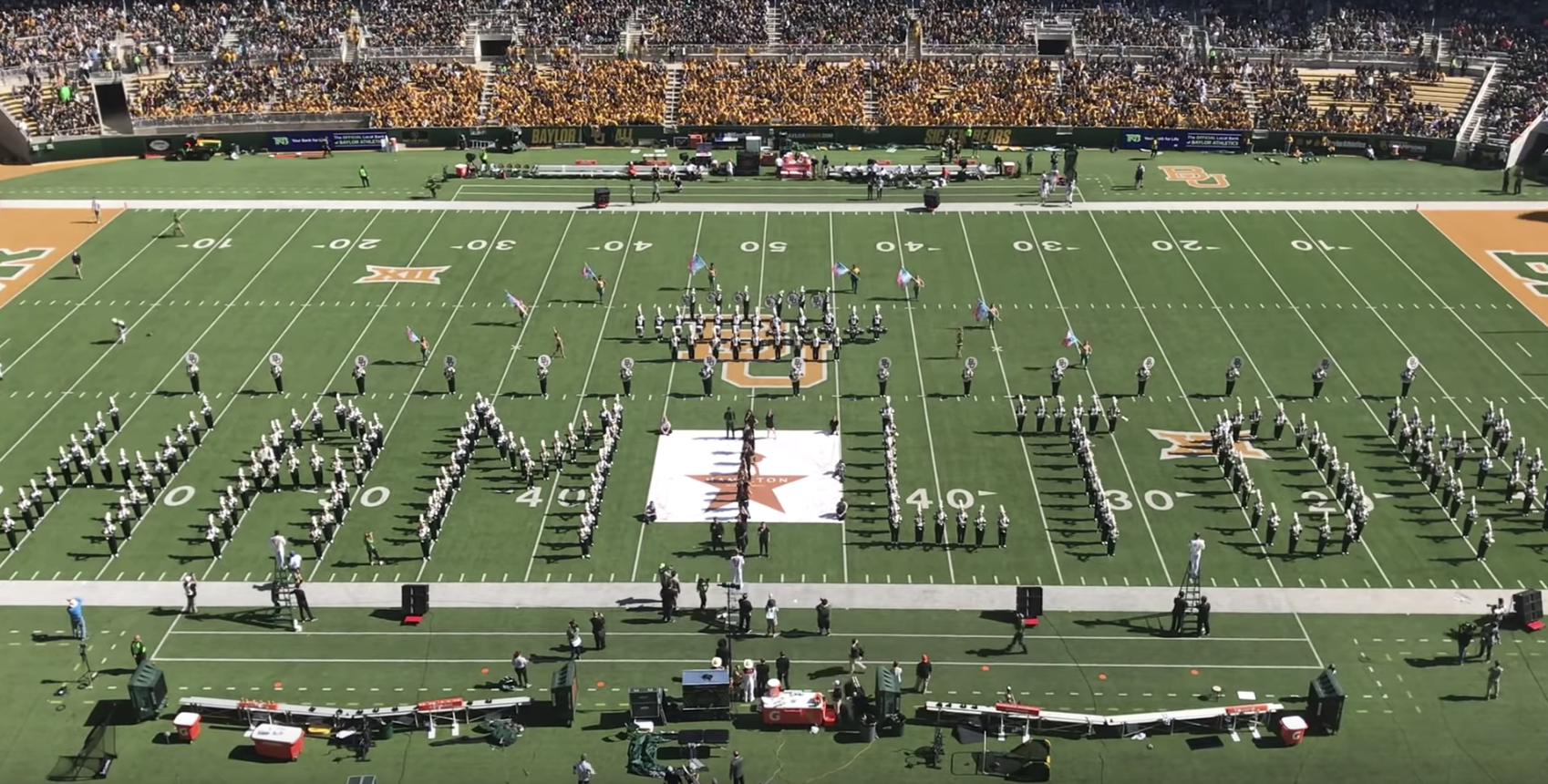 This just goes to show that when you can't manage to score "Hamilton" tickets, just let the show come to you.

And for all those in attendance at Baylor's Homecoming festivities this past weekend, the show was definitely brought to them!

Baylor's very own award-winning a cappella group VirtuOSO and Gold Wave Marching Band made Saturday's halftime show one to remember as the two groups collaborated on a very special "Hamilton" medley, chock full of soaring vocals, spirited instrumentation and some of the craziest and strategic formations you're bound to see on a college campus.

During the seven minute long performance, audiences were treated to songs from the renowned musical which included "My Shot", "The Schuyler Sisters" and "Yorktown."

The set fused the very best of dynamic playing often seen in the college marching world with roaring vocals and harmonies that are a mainstay in the a cappella community.

It's rare that you'd see the two worlds collide, given the nature of a cappella music, but it's a performance that we're glad neither group passed up on.
Check out the performance in the video below.