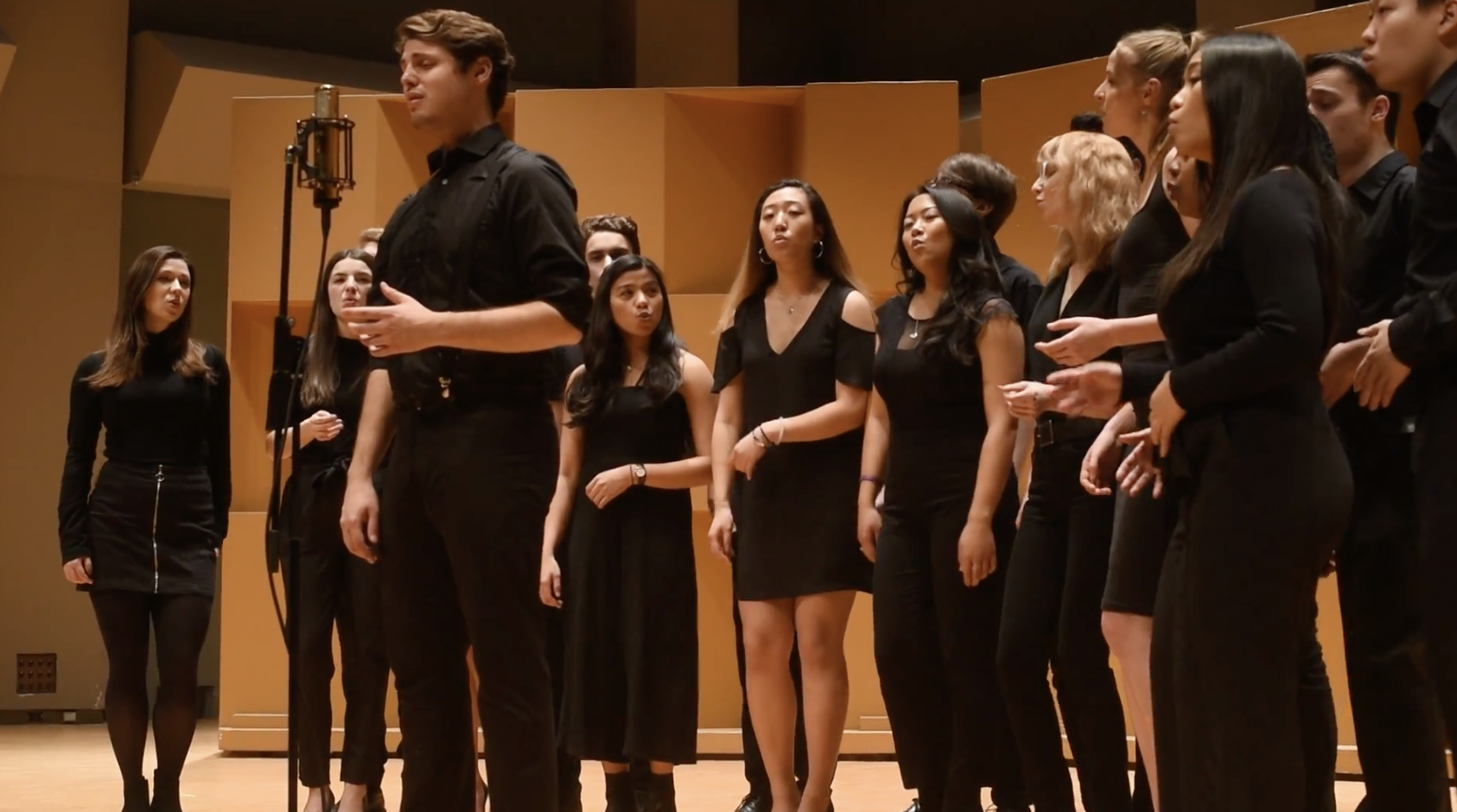 Effusion A Cappella Covers Childish Gambino's "Redbone" And It Is Flawless

If you're looking for a cappella that succeeds at setting the mood, then you've come to the right place.

In the latest video release from McGill University's Effusion A Cappella, the coed vocal group has taken Childish Gambino's hit song "Redbone" and has delivered in a major way with their sensual and groovin' a cappella rendition.

From the thumping bass line to the group's ability to create an RnB vibe with relative ease is mesmerizing. While many vocal groups have the skill and talent to cover various genres, an authentic feeling RnB cover is a tall order to fulfill. But for Effusion A Cappella, it is absolutely no problem whatsoever.

The arrangement showcases various textures that make the performance a home run, most notably, the backing harmonies around the main melody, which adds both to the song's emotion and feel as well as seamlessly accompanies the group's killer lead soloist.

When it comes to both RnB and "Redbone" covers, Effusion A Cappella's is simply one of the best we've ever seen.