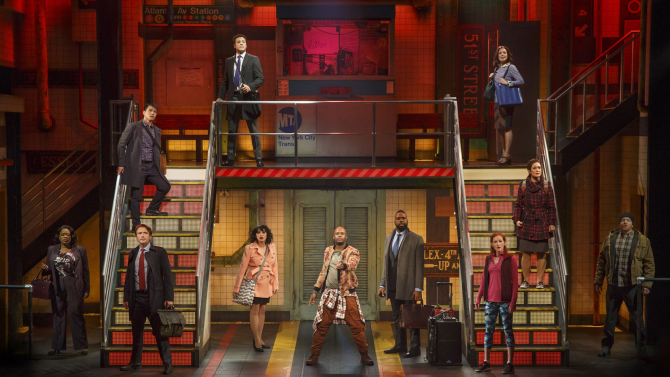 The music of Broadway's very first a cappella musical is now yours to own.

After a five-month run on Broadway, the all-vocal cast album of "In Transit" is now available download. The musical introduces audiences to the lives of 11 New Yorkers as they deal with the struggles of everyday life as they try to achieve their dreams.

Co-Creator Kristen Anderson-Lopez sums of the core of the production as she states "the show is a love letter to New York and the people who make up New York."

The cast album doesn't miss a single beat in terms of functioning as your typical musical. It has an overall warmth to it that's felt through traditional pop sounding tracks, think 1960s type music. At the same time, it does a great job of feeling modern and experimental with the entire score being brought to life by vocal sounds.
At times the album can feel like "Little Shop of Horrors" and other times like "Hairspray."

But when it comes down to it, it's unlike anything else you've ever heard.

CollegeAca Favorite Track Award: Not There Yet (Reprise)

Listen to "In Transit: Broadway's First A Cappella Musical" on Spotify here.