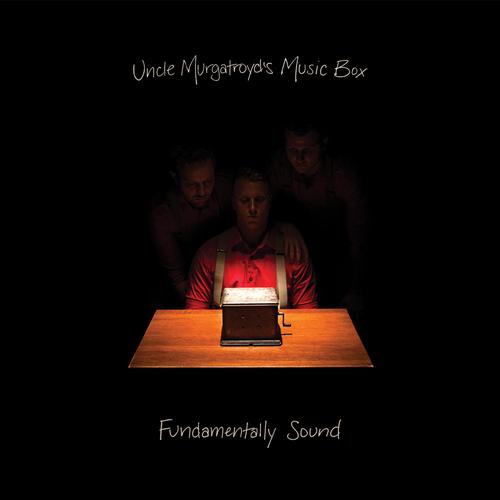 Today's #FridayFeature showcases the latest and hottest college a cappella album to come out of the Great Lakes area, Uncle Murgatroyd's Music Box by Fundamentally Sound of the University of Wisconsin-Madison.

Excuse the fact that we're still trying to decipher who this Uncle Murgatroyd character is, but this mystery pales in comparison to the fun that Fundamentally Sound is bringing to the studio with this new release. The album kicks things off in a MAJOR way with the opening song Holding on to You by Twenty One Pilots, which seems to currently be the go-to band for many groups in our artform. The alternative/indie style track is so lively with the group's young sound, mixing everything from hip-hop to pop throughout its duration. And while vocals may be young, they hit hard with great impact - just check out the song's bridge.

The album also features some really awesome covers that feel like remixed continuations of popular hits. Uptown Funk, Pumped Up Kicks and Can't Hold Us all fall into that group.
For those with an affinity towards songs from past decades, When Doves Cry and Stayin' Alive are perfect for satisfying that taste. Fair warning, the latter can be a bit cheesy sounding, but it's an all-around entertaining experience. Lastly, for those needing a softer touch, Iscariot, Heavenly Father and When Doves Cry were the perfect addition to the project. When Doves Cry is especially powerful and moving, and may just bring a tear to your eye.

Fundamentally Sound has given us a great album in Uncle Murgatroyd's Music Box. We're not quite sure why they aren't given more recognition in college a cappella. Hopefully, this album helps them in those efforts.

Read a full review of the album by the team at the Recorded A Cappella Review Board here.

CollegeAca Favorite Track Award: Holding on to You