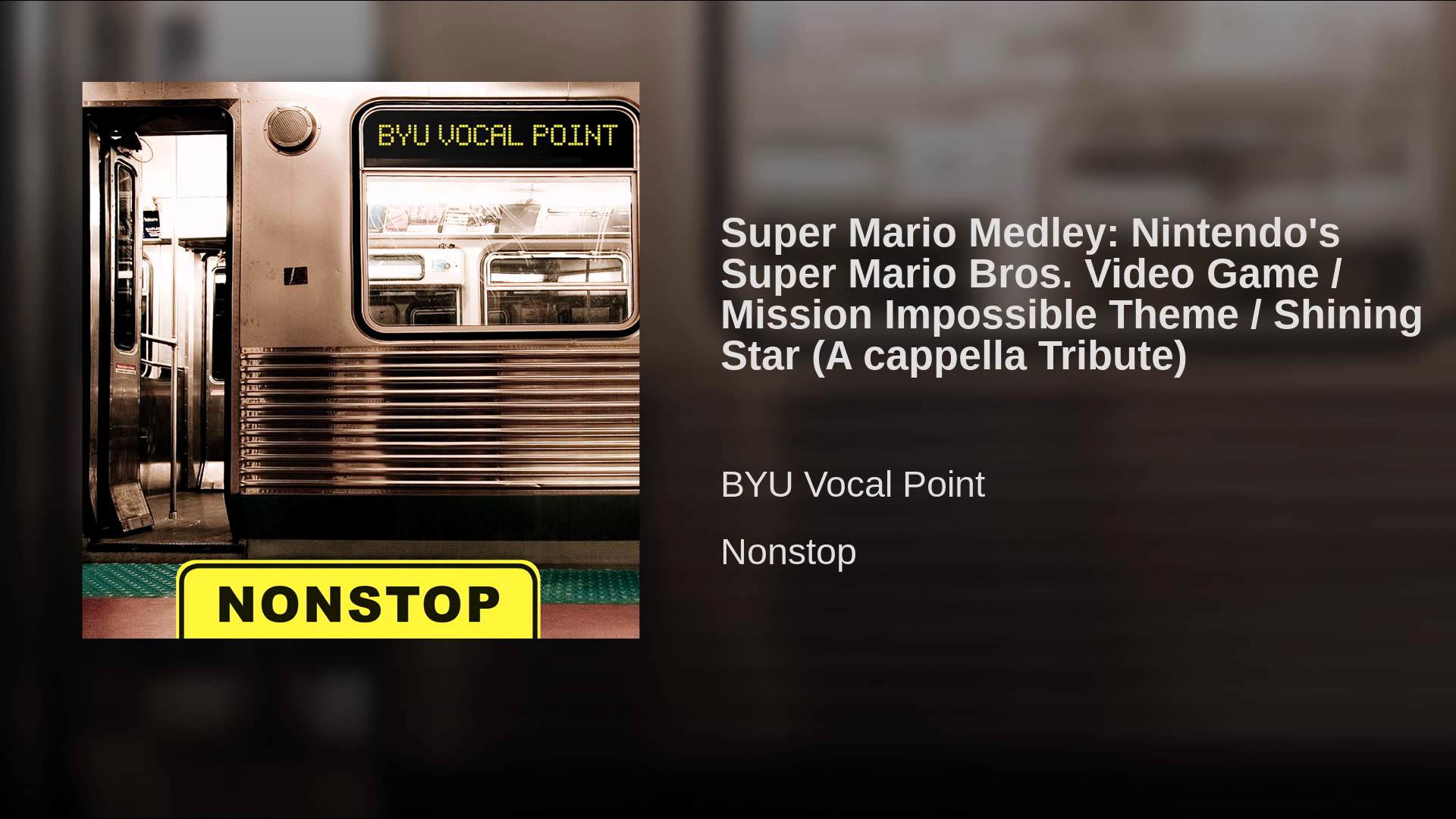 Another childhood classic is making a return tomorrow and like every good return, you gotta have the right theme music.

Super Mario Odyssey is a soon-to-be-released 3D platform game for the Nintendo Switch. The exploration-based gameplay will allow gamers to chart Mario across multiple worlds in hopes of rescuing Princess Peach from Bowser. With such a major release only a day away, it only makes sense for us to throw it back to one of the most creative and astounding tracks ever released in college a cappella history. That's right, the "Super Mario Medley" by BYU's Vocal Point.

The track is featured on Vocal Point's seventh studio album Nonstop with an additional feature on BOCA 2009. The four minute track is full of imaginative sound effects, original and hilarious lyrics, a mashup of Earth, Wind and Fire's "Shining Star" and quite possibly the most insane vocal percussion your ears have ever heard.
Released back in 2008, the track was unlike anything else being produced in studio a cappella at the time, contributing to Vocal Point's constant status as musical innovators.

Enjoy this #TBT and be sure to check out the new Super Mario Odyssey game that's sure to spark plenty of nostalgia.