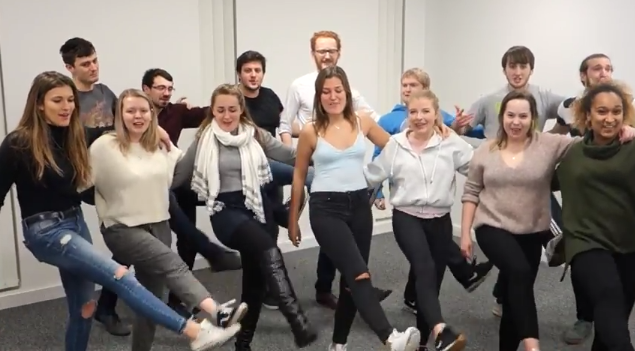 I'm convinced that there is a UK committee somewhere that convenes each a cappella season and advises the eventual UK ICCA Champion on how to infuse as much life, comedy, and entertainment into their set.

This has to be true simply for the fact that each group that goes on to compete at the ICCA Finals, from the UK, has typically one of the most entertaining performances at the BIG event. And this year, the same should hold true.

In our next spotlight, we're taking a look at Aquapella, this year's ICCA United Kingdom Champion from the University of Bath. They will be one of a handful of groups making their ICCA Finals debut and we can only assume that they are enthusiastic about the opportunity. Their energy shines brightly in every performance they've delivered...leaving us to believe that they will be the sweethearts of the competition.

But this doesn't mean you should count them out. If past ICCA Finals have taught us anything, groups from the UK are more than likely the ones who will surprise you the most.
For instance, last year's champs The Techtonics did just that.

Get a sense for what Aquapella will be bringing to Beacon Theater this Saturday from their cover of "Happy Together" by The Turtles, which is a bit jazzy, dramatic, and a bit humorous.