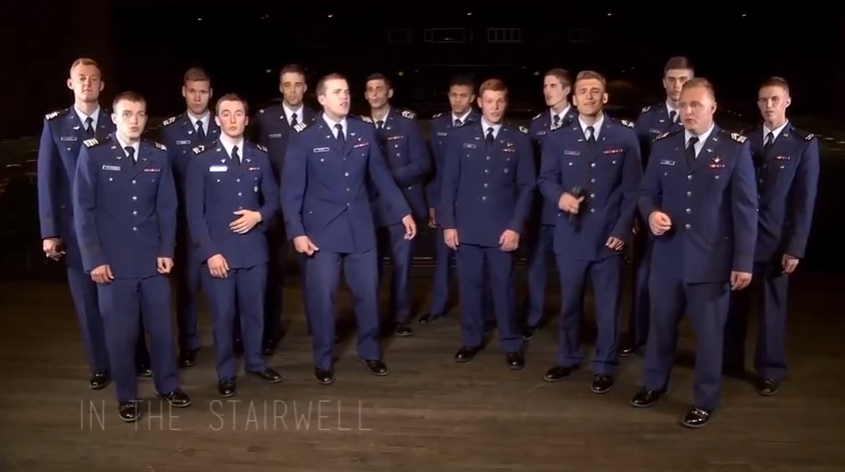 In The Stairwell Set To Appear On America's Got Talent

If you've never watched an episode of NBC's hit talent show, you now have a good reason to tune-in.

Tonight, In The Stairwell, of the US Air Force Academy will have their live America's Got Talent audition aired for all of America to see. Formed back in 2004 by a group of freshmen at the US Air Force Academy, the group performs both contemporary hits and standards on base, as well as in the community. The group's name came about as a result of being the only place the group could find to sing together..."in the stairwell."

After one of the show's producers saw a YouTube video of the group performing a mashup of Jason Mraz's "I'm Yours" and "Somewhere Over The Rainbow" they were invited to audition.

Tune-in tonight to NBC at 8 PM/7 PM Central to see if the group will advance.