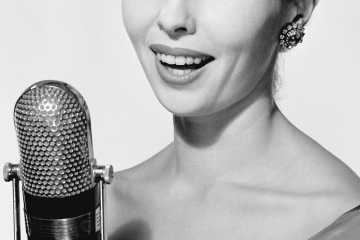 As one who has charted the a cappella landscape by being a member of various groups, I often received the all too often question "why a cappella?" Aside from the fact that I've been in some organized singing group since I was 12, there's just something about a cappella, and music in general that's soul-satisfying.

Not only that, it's the perfect tool for me to overcome any stress-inducing or emotionally heavy situation. I've always been curious as to why that is? I mean, it's not a switch I've just been able to flip on and off, rather it's something simply put, innate.

Well, now there's some serious science to back it up. In article by TIME Magazine, research has shown that organized, or group singing releases endorphins and oxytocin, hormones associated with feelings and pleasure.
Not only this, but singing indeed has the power to change your brain.