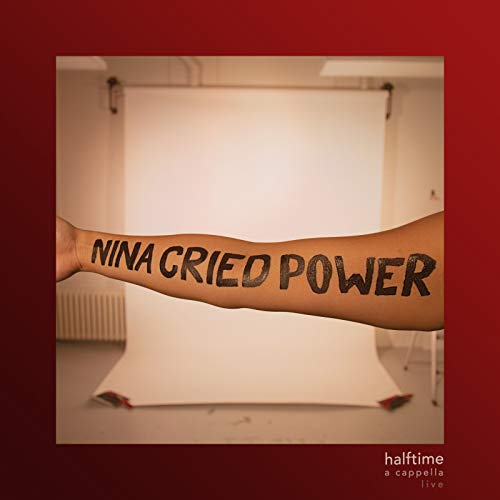 We wish every song could hit with the gusto, fortitude and unstoppable intensity that this cover of Hozier's "Nina Cried Power" does.

The new single released by Notre Dame University's Halftime A Cappella is a musical force that not only sends shockwaves with its emotionally stunning conviction, but its range of electric vocals is simply of a magnitude that few register on. The track, which was recorded live, is an early release off Halftime A Cappella's upcoming live album scheduled to be released next year.

And while some live tracks risk the potential of falling short of the artistic mark, this version of "Nina Cried Power" is anything but a dud. It's quite the opposite! Over the course of three and a half minutes, Halftime A Cappella takes listeners on a thrilling vocal landscape full of majestic singing.

The track opens with a rich bass solo, setting the tone of how vital the song's message is. The lead is ear-catching and staunch in delivering a performance that not only reverberates in your headphones, but echoes in your soul.
Everything from this point is a dynamic musical expedition building off the intro. Halftime A Cappella uses the next few minutes living in a space between stirring Gospel stylings and hard-hitting Alternative.

While the lead is mesmerizing, Halftime A Cappella's massive and flooring group sound is what really sticks! The middle voices are so well blended and articulate in their sound, jolting you with each exclamation of "POWER!" And the higher voices and bass add the extra punch in each refrain, keeping your ears engaged at every turn and anxiously awaiting what the group will showcase next.

It's not till the song's end that you remember that this was recorded live. It is simply unreal that Halftime A Cappella was able to capture such a raw, and yet empowering performance.

This is a single that cannot be ignored!

We'll be waiting to hear what other surprises the rest of the album will offer.