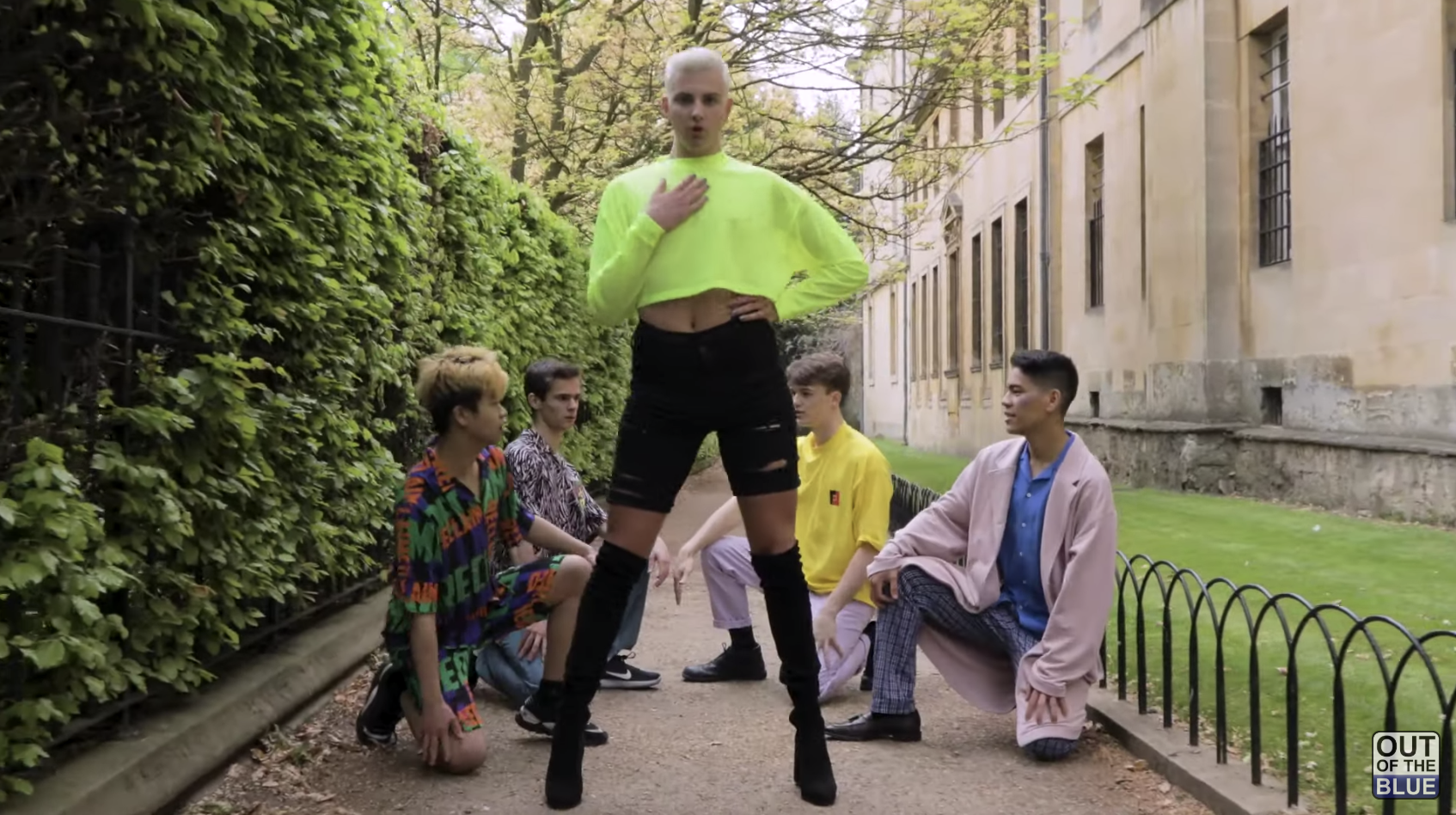 Out of the Blue is breaking all the rules and stereotypes with their newest music video.

Straight from Oxford University comes a college a cappella video that's full of style, sass and spectacular singing. That's right, the all-male a cappella group recently released their newest cover video which is a mashup of Little Mix's "Woman Like Me" and Ariana Grande's "God is a Woman" and to put it simply, it's fire.

The gents go for unconventional as they dazzle with a sizzling sound that's big on production and energy. Each moment is highly theatrical and grand as Out of the Blue dishes out colossal chords and remarkable riffs. The group's sound has the passion and vigor of a Fall Out Boy track, while capitalizing on the style of the two original artists.

And speaking of style, the a cappella group goes for broke in their efforts to infuse plenty of it throughout the video.

From Out of the Blue's flashy's wardrobe to their sprightly choreography, the group is here to make a statement.
And that statement is that nothing is off limits in a cappella music!

Yes, you've never seen a group of guys quite this fierce!

See it all in the below video.