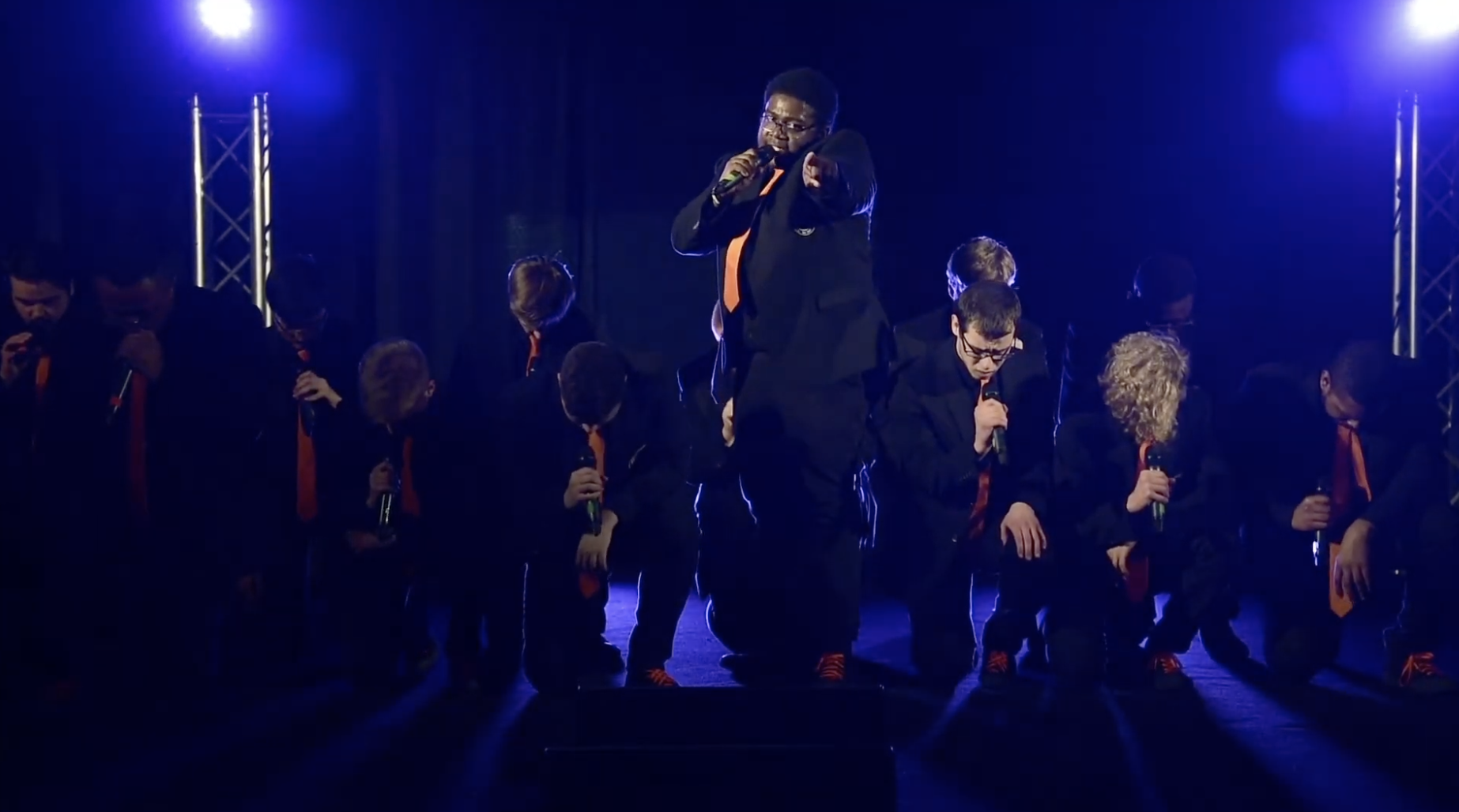 We have no idea whether or not Michael Jackson was a fan of a cappella music or groups, but we have no doubt that he would be impressed with this cover!

Sometimes we're just flabbergasted by the artists that comprise our vocal community. There has been a great abundance of highly adept musicians that produce quality music. Then there are those who transcend art causing you to scratch your head and exclaim "how did they do that?"

And by "that" we mean delivering a performance that shatters expectations, leaving you stunned by the vocal magnitude that was just presented.

The all-male a cappella group Eight Beat Measure has quite literally stunned us with their new cover of Michael Jackson's "Threatened." The cover is part of their 2018 ICCA set, which the group is shown here performing at their 30th Anniversary concert 2 years ago. And time has, in no way, diminished this magnificent performance!

Eight Beat Measure is flawlessly electric as they showcase sizzling vocals, which are imbued with relentless energy. And this particular element is what takes the entire thing over the top.
Eight Beat Measure just doesn't sing, they bombard listeners with power, intensity and passionate vocal lines that are oh so reminiscent of a hit MJ track.

Whether it be the heart pounding vocal percussion which only lets up to capitalize on emotion, or the backup singers power chords, the listener feels every moment of this song.

And we'll go ahead and say what anyone who watches this video is thinking... Jarell Green is a superstar! His lead vocals are arguably the closest thing collegiate a cappella has ever had in terms of a Michael Jackson-type singer! His showmanship paired with his vocal depth and range is the perfect combination for truly selling an amazing song. Green performs with a fiery charisma that brings extraordinary life to the music. He has even mastered MJ's unique vocal grunts and exclamations, which is no easy feat.

From top to bottom, this performance of "Threatened" is absolute gold and may just be the best a cappella cover of a Michael Jackson song we have ever heard.