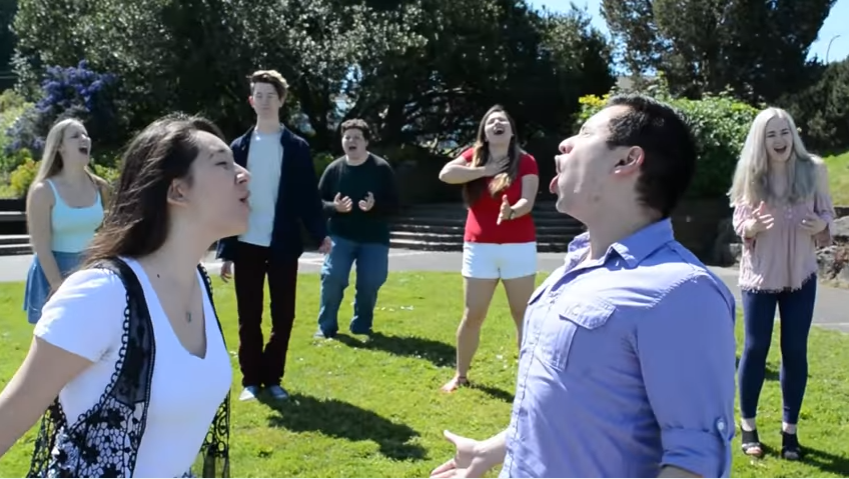 When it comes to performing music, nothing is quite as rewarding as having a band play an original song that you were responsible for composing.

Recently, we discussed the thought of how more college groups should consider producing their own original works. It's not only a great experiment for a musician to try their hand at, but a crucial next step in more recognition for a cappella groups.

Well, Underground Sound from the University of Puget Sound took on the challenge themselves this past year as they not only crafted their first ever original song, but also accompanied it with a music video that's both lighthearted and uplifting.

The scenery depicted in the video is a perfect for the group's sound that's both joyful and powerful and sends a positive message through the song's text. Check it out in the video below.