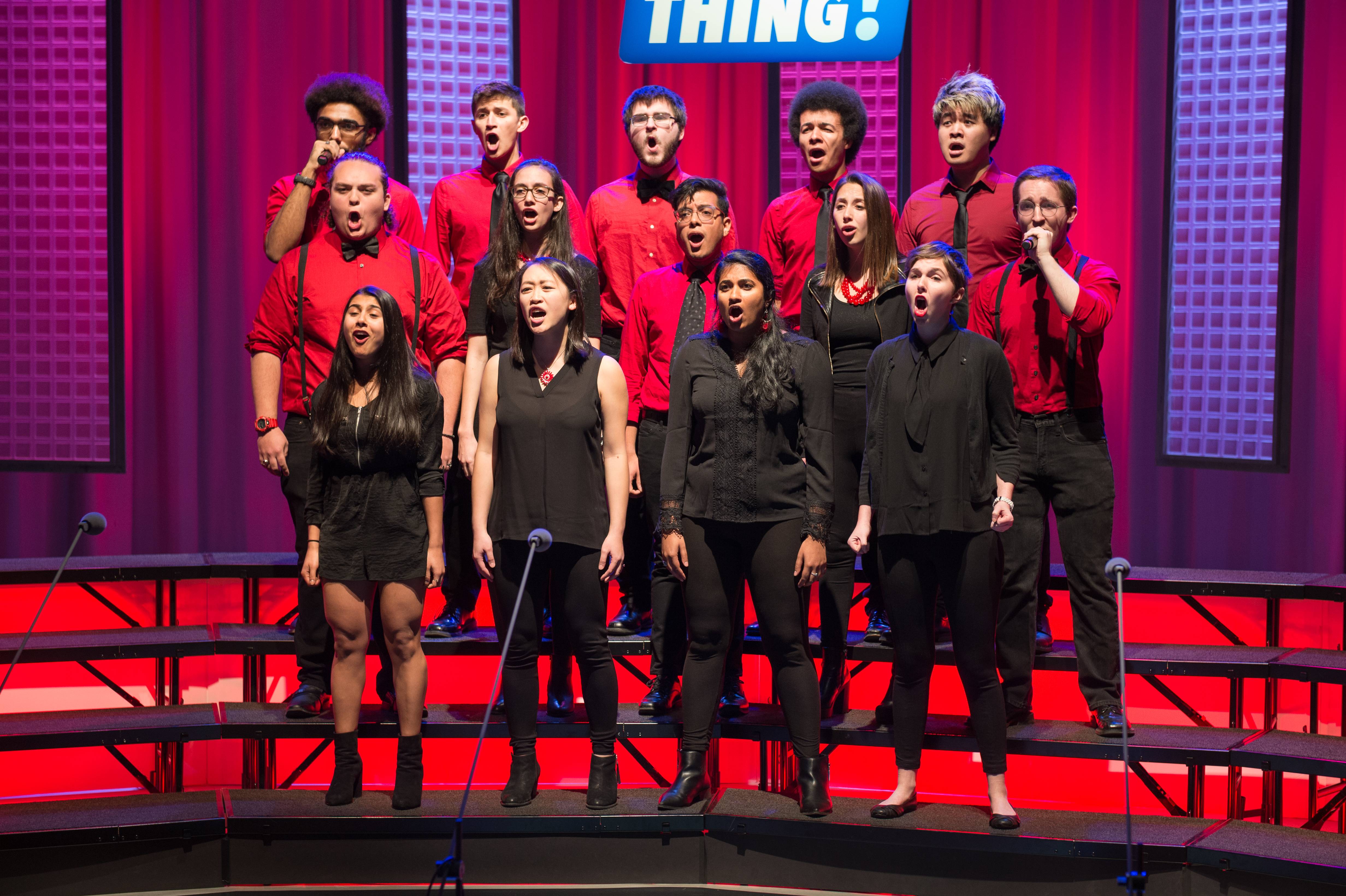 Sing That Thing! Finalists To Be Announced During Show's Penultimate Episode This Friday

This Friday, the penultimate episode of Sing That Thing! will air, announcing which finalists will represent their respective categories in the finale, on May 31st.

For seven weeks, groups from all over New England have appeared on Boston affiliated stations every Friday night, and delivered stellar vocal performances, all in the hopes of being selected by a panel of coaches to make it through to the final episode.
And while the premise may seem simple enough, each episode showcases a variety of music styles and a wide diversity of talent that is unlike anything else currently on television.

According to the show's Co-Executive Producer, Patricia Alvarado, "Sing That Thing! started with the noble idea of celebrating music…and little by little it has become a must-see for viewers across New England." And the show truly has become a highly buzzed about show with both tweets and Facebook posts about the show appearing in excess after each aired episode.

Much of this credit goes to the show, as it does a great job of engaging with its audience base.

One way the show is doing this is with a new aspect of the show titled "Fan Favorite" offered for the first time during the current season. Viewers have the chance to crown one of the 18 ensembles with this award through any of the following three methods:

3. Commenting on the Fan Favorite graphic on the show's Facebook page here 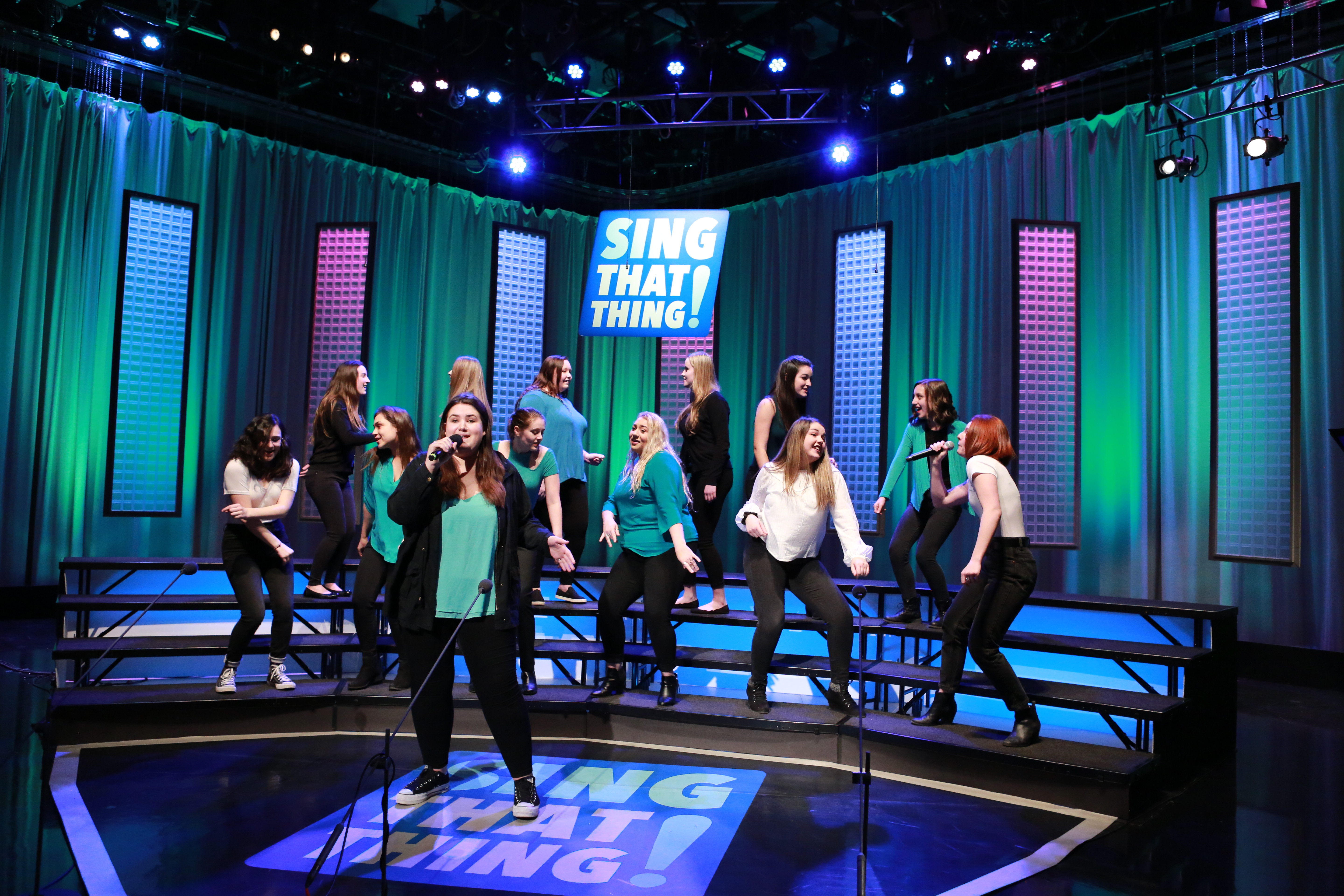 Sing That Thing! offers viewers a highly interactive experience in terms of the lengths it goes, outside of the show, to really engage with its viewers. No doubt this is a testament to the hard work of the production team.

Similarly, the competing groups, audience members and show's volunteers all play a vital role in the success of the show. Alvarado gave us a glimpse into what goes on behind the scenes:

"The production of Sing That Thing! starts many months before the first singer steps on the stage. Our taping days are busy with hundreds of singers and audience members, a crew of about 25, and dozens of volunteers. We tape eight groups a day.  Some groups travel for hours to get to WGBH in Boston. Production starts with interviews, behind-the-scenes moments and rehearsals, and concludes with the groups performing in our TV studio in front of the coaches and a live audience. I think that for singers, it is a unique opportunity.  For us, it is a gift to work with all these amazing singers, who have taken the time to come to WGBH to share their talent." 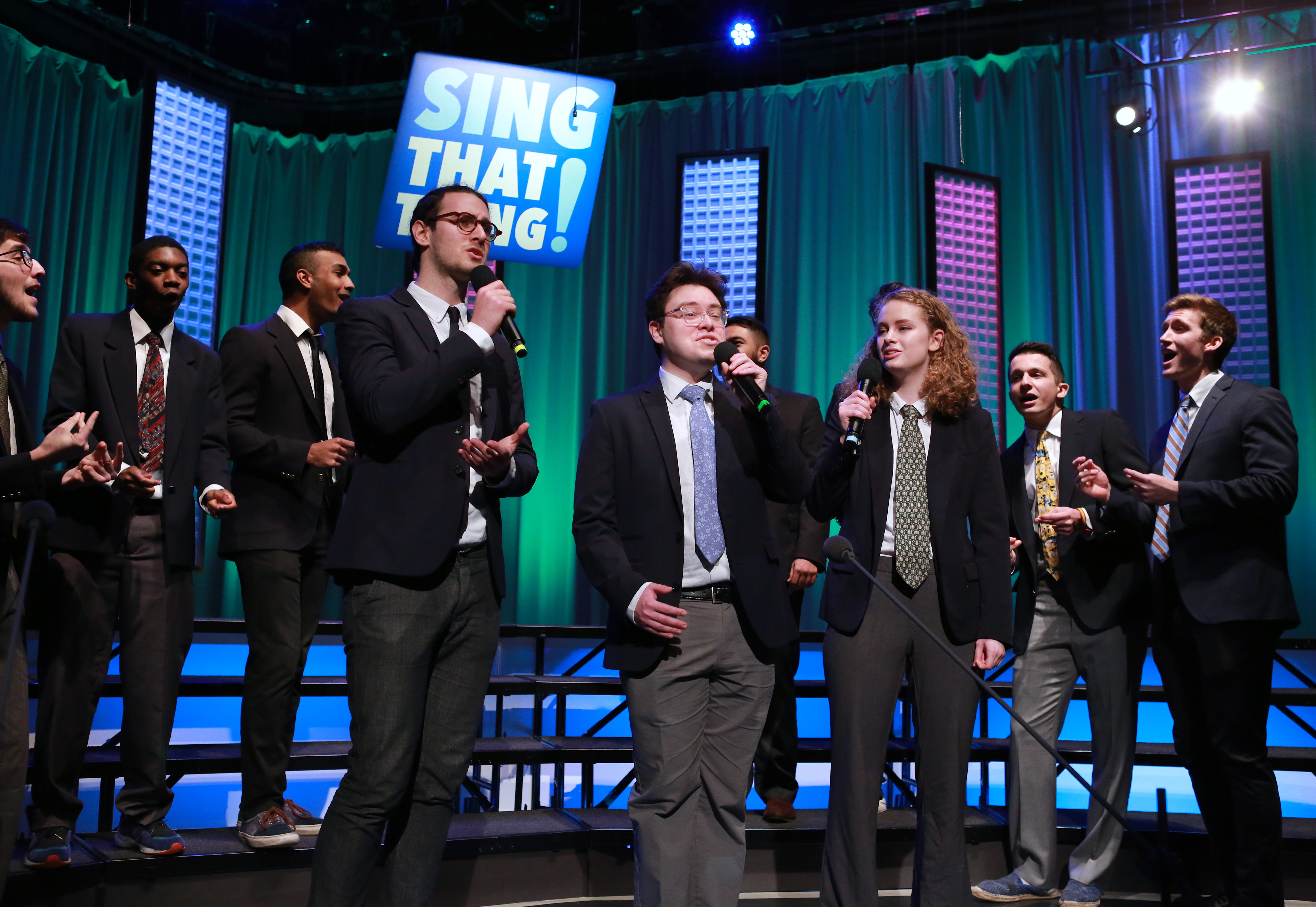 And the fun continues on this week as the remaining groups perform in front of the show's judges, including college a cappella group, the MIT Chorallaries. At the conclusion of the episode, the coaches will reveal which groups will be the two finalists from each category.

Be sure to tune in to see how it all plays out.

To catch up on previously aired episodes, go here: http://singthatthing.wgbh.org/episodes/

And get to know the MIT Chorallaries in the show's segment, Singers in 60s, in the below video.