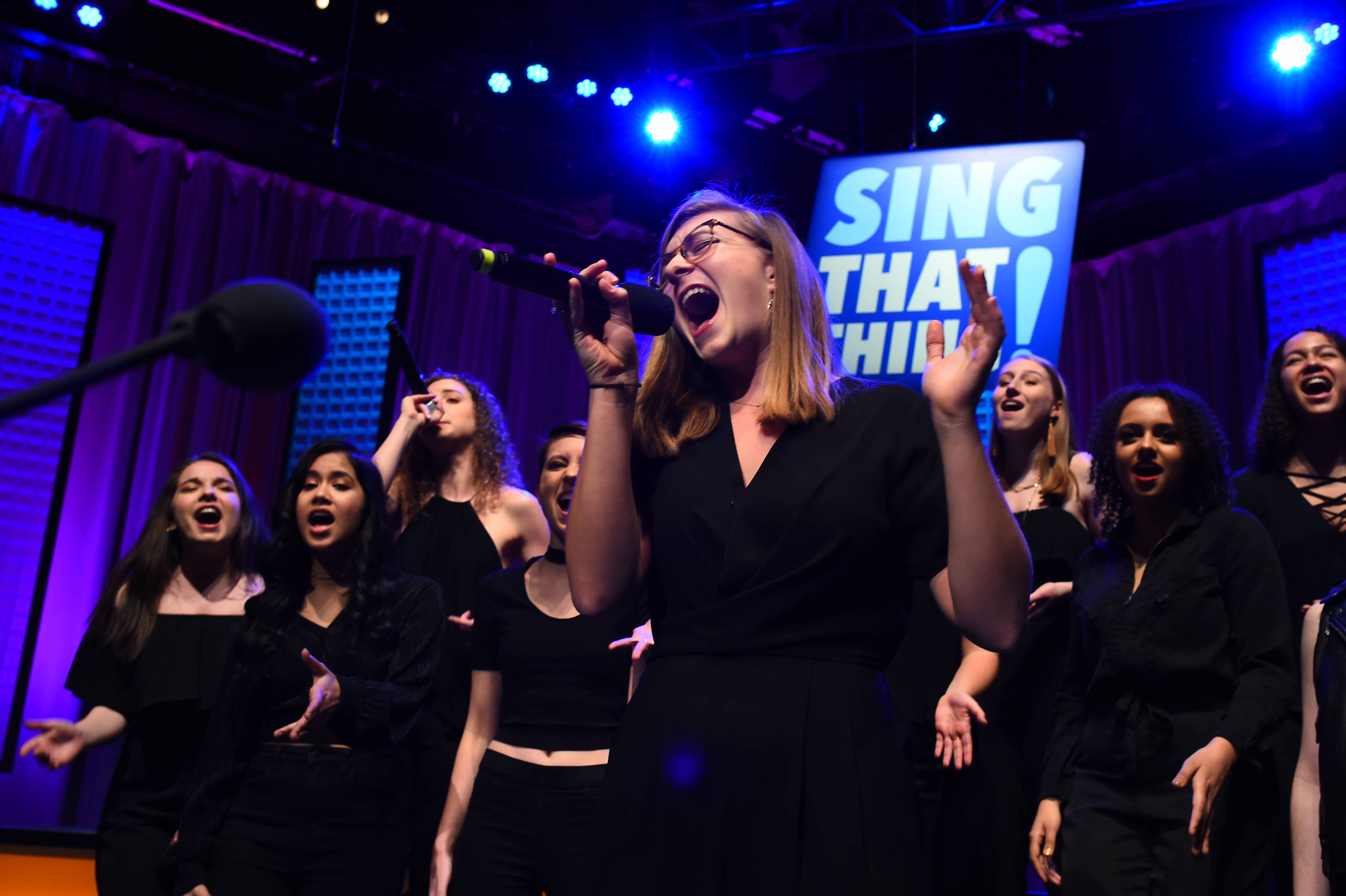 If you’re anything like us and crave a cappella music nonstop, chances are you’ve been experiencing withdrawals ever since the departure of NBC’s The Sing-Off. And before you say it, we know that the show hasn’t been in syndication since 2014. Still, we need our vocal fix.

Fortunate for us, Boston public broadcaster WGBH is helping you satisfy your musical appetite with their televised singing competition Sing That Thing!

Now in its fifth season, the show has the perfect formula that all vocal enthusiasts can back. Raw vocal talent, award-winning coaches, and a competition aspect that will see the crowing of a single champion.

The format is simple. Eighteen vocal groups from across New England, with musical backgrounds ranging from barbershop to classical compete over the course of seven episodes in three age-based divisions.
From these divisions, coaches select two acts to perform during the Grand Finale episode where one will be crowned champion.

So, what makes Sing That Thing! different from its previous counterparts? 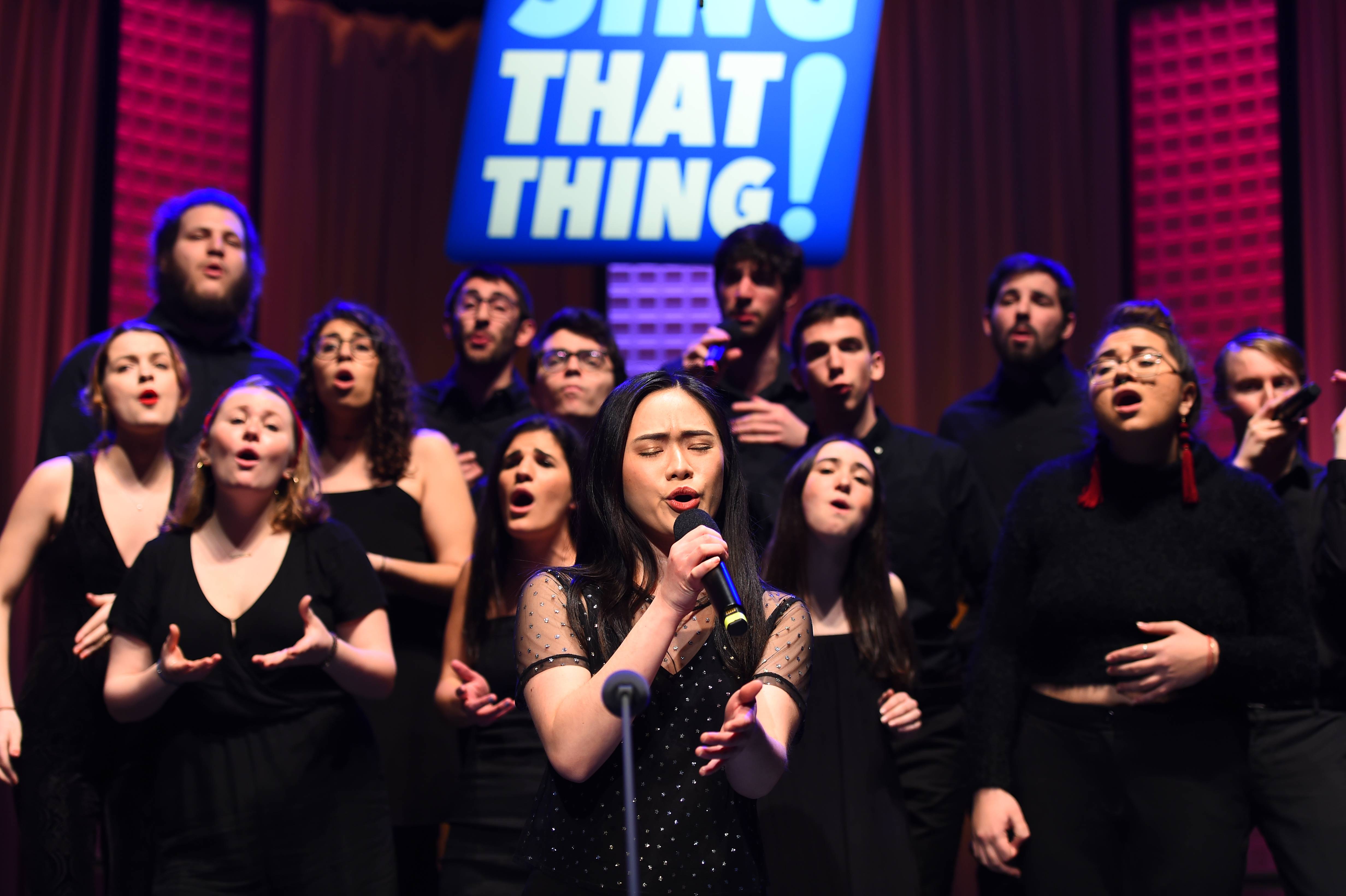 Let’s start with the coaches.

Sing That Thing! features three incredible coaches with illustrious backgrounds both in and out of the a cappella world.

Anthony Trecek-King is the president and artistic director of the award-winning Boston Children’s Chorus. Annette Philip is an Indian vocalist, composer, and choir conductor, and is currently an assistant professor in the Ensembles Department at Berklee College of Music. She is also a core vocalist and the creative director of Women of the World, who were the 2017 Aca Open champions. Jared Bowen is WGBH’s Executive Arts Editor and the Emmy award-winning host of the weekly television series, Open Studio with Jared Bowen.

Coaches help each competing group prepare for the show, assessing elements such as tone, pitch, choreography and much more.

Jared Bowen, coach for the show, had the following to say about what coaches hope to accomplish as they spend time working with groups:

“Vocal music is an art and a passion that can last and evolve throughout a lifetime. Our hope is always that these singers take our feedback for the context of Sing That Thing! and to inform their arrangements well into their futures.”

Where previous vocal competitions featured well-known music judges and coaches, Sing That Thing! has enlisted talented individuals who have hands-on experience with choral groups and even backgrounds in a cappella. This is an added benefit as many of the competing groups are associated with the current contemporary a cappella scene.

What also separates the show from other reality competitions is the aspect of developing musicians, while simultaneously focusing on the competition aspect.

“Right from day one, Sing That Thing! has been about building community through music” says Co-Executive Producer Patricia Alvarado. “There’s none of the harshness you see in some contest shows.” This is a major sticking point of the show as contestants ranging in age from 14 to over 70 compete in a conducive singing environment to not only win, but to develop their musical skills.

A Look At The Competitors

This year’s participants were narrowed down to a pool of just 18 after a competitive audition process. Over the show’s five seasons, more than 250 audition videos have been submitted, with over 1,500 singers having participated in the show.

Singing groups are broken down into three categories: High School, College and Adult.

Here’s your look at this year’s competitors: 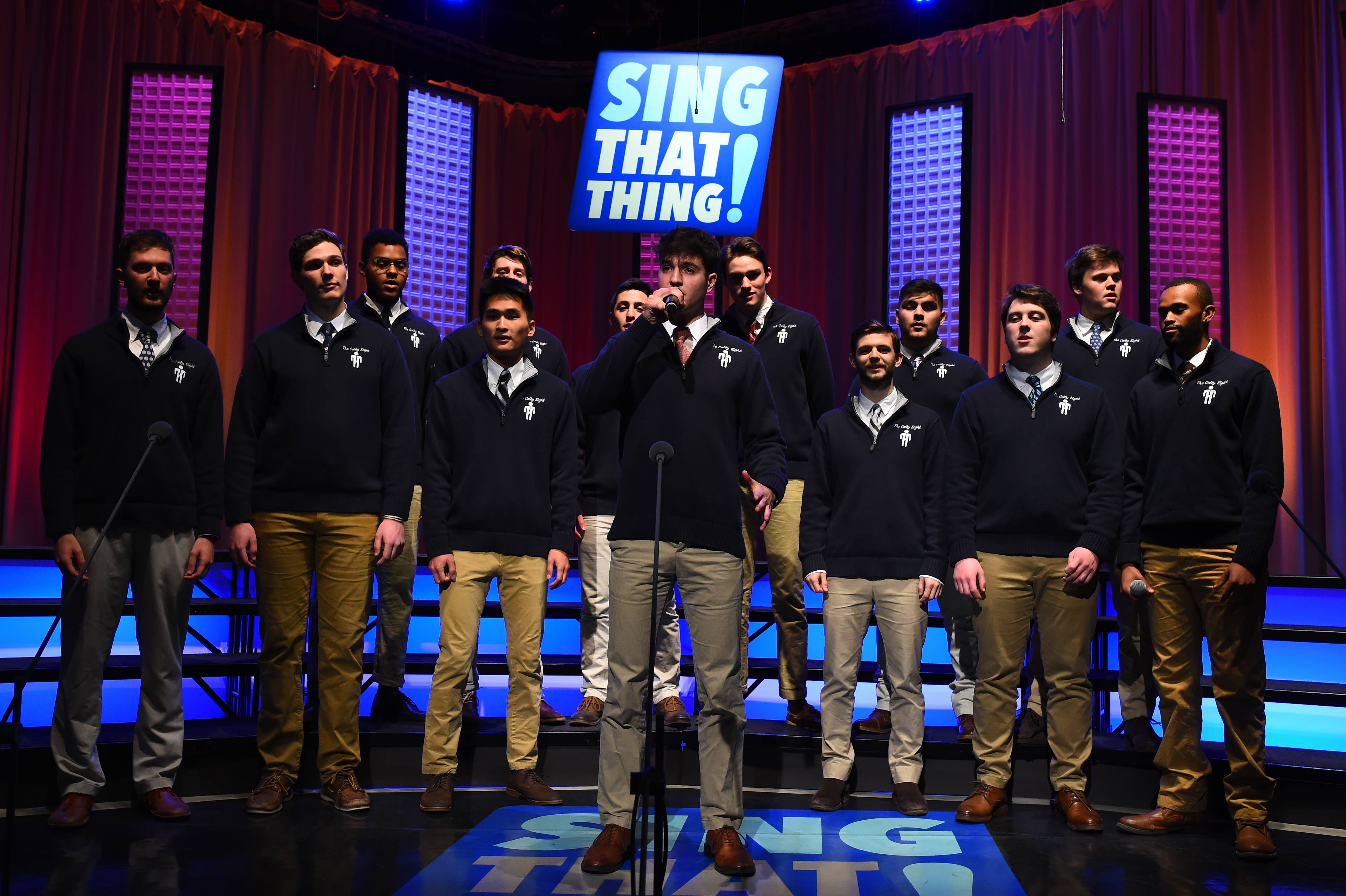 The current season kicked-off on April 12th on WGBH2. Each episode will feature three different groups, one from each of the competing categories, until the show’s finale on May 5th. While the show is local to New England stations, full episodes will be available for streaming after their broadcast on WGBH. To view those episodes, go here.

Sing That Thing! has some serious staying power as a show that provides groups from all walks of life an opportunity to not only hone their craft, but to also receive some world-class coaching. This is one show that we’ll be following and watching.

Stay tuned for more updates about the show!