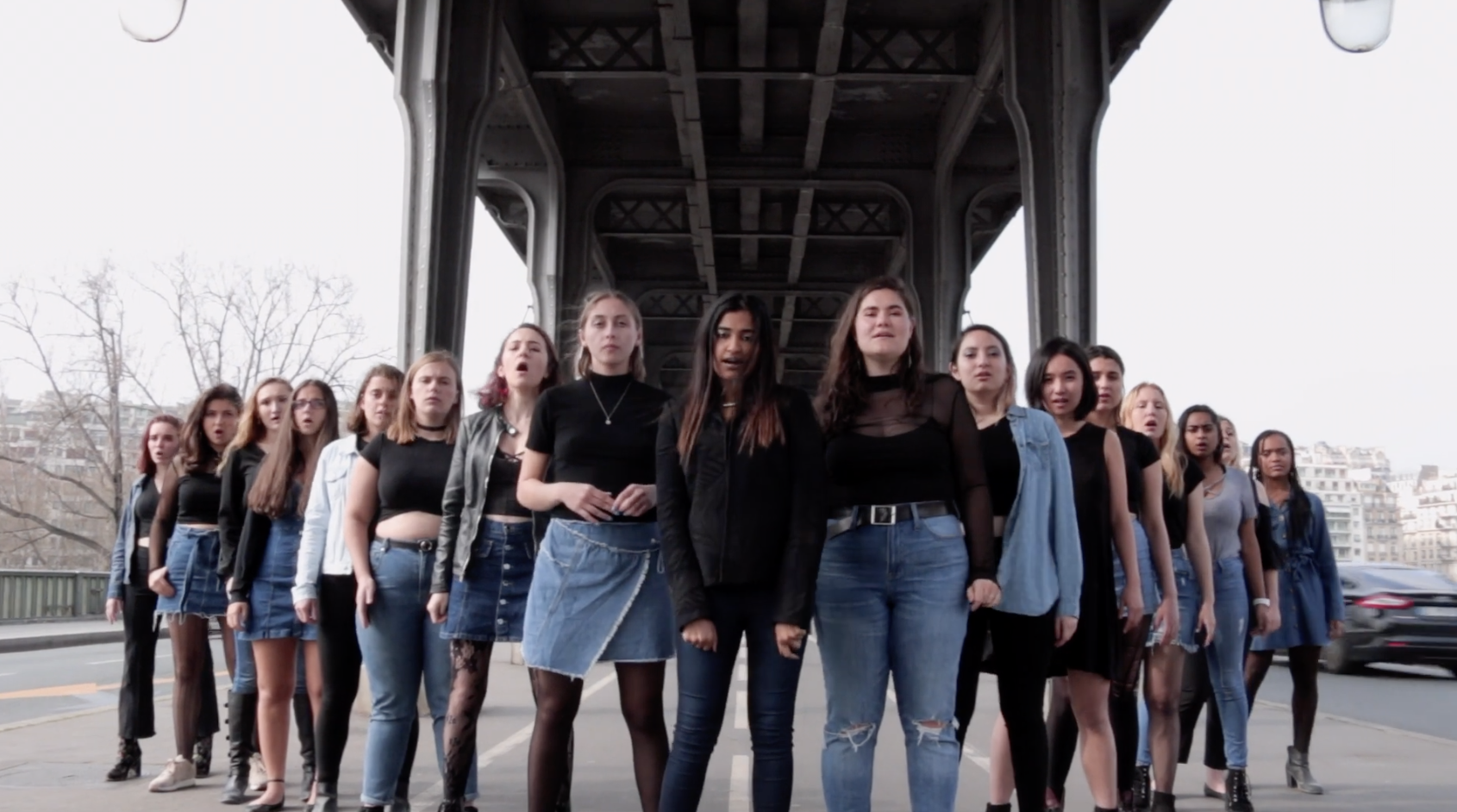 Stanford's Counterpoint takes you globetrotting with thrilling views and vocals in their latest music video.

The all-femme a cappella group from Stanford University delivers an impressive vocal statement in their cover of Ariana Grande's "God Is a Woman." The all-vocal, pop performance separates itself from recent interpretations of the hit track with its seamless passing of the lead vocals, powerful and stylish group singing, and a generally cool flow that allows you to take in the music with ease.

The song is supported by a solid foundational sound, with each musical movement showcasing musical force, energy and harmony. Even in the sections with quick singing, the group is cohesive and dynamic, never losing intensity.

And the video itself is remarkable to watch as it was filmed onsite in Paris, France during Counterpoint's Spring trip.

Stanford's Counterpoint has a real winner on their hands with "God Is a Woman", and we're convinced that you'll love it!