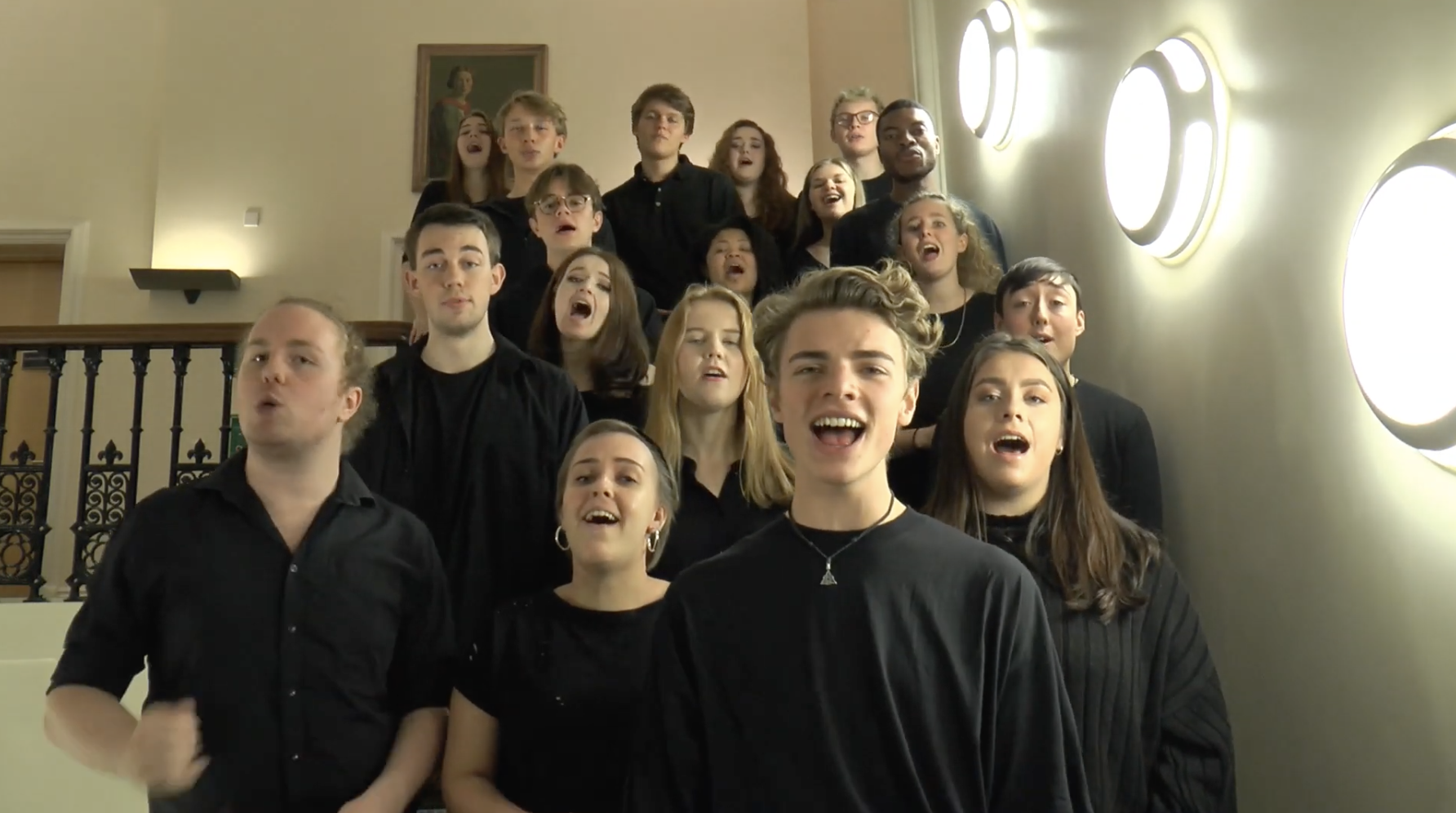 There's something to say for groups who can dish out positive vibes while singing lyrics whose subject matter may be less than positive.

In this case, a lot can be said for coed vocal group Steelworks A Cappella from the University of Sheffield. In a recently released video by the college a cappella group, Steelworks A Cappella shares a radiant and enthralling cover of LSD's dance-pop hit "Thunderclouds." The supergroup LSD consists of chart topping artists Sia, Labrinth and Diplo. LSD's track "Thunderclouds" depicts the struggle of reassuring lovers of an authentic and trustworthy relationship.

And even with the heavy tone of the song's message, Steelworks A Cappella manages to help listeners see the sunshine through the clouds with their entrancing vocal delivery. Both of Steelworks' soloists have a way of holding onto your attention with their distinct timbres and wide ranges.
Each possesses power, control and an emotional conviction that elevates the overall performance.

Much can also be said about the backing group of Steelworks A Cappella who combine unconventional yet splendid harmonies with full-bodied chords, helping to make the big moments really shine, especially in the chorus.

This cover of "Thunderclouds" is an unexpected, yet delightful musical treat that will sneak up on you, no doubt causing you to go back for multiple listens.