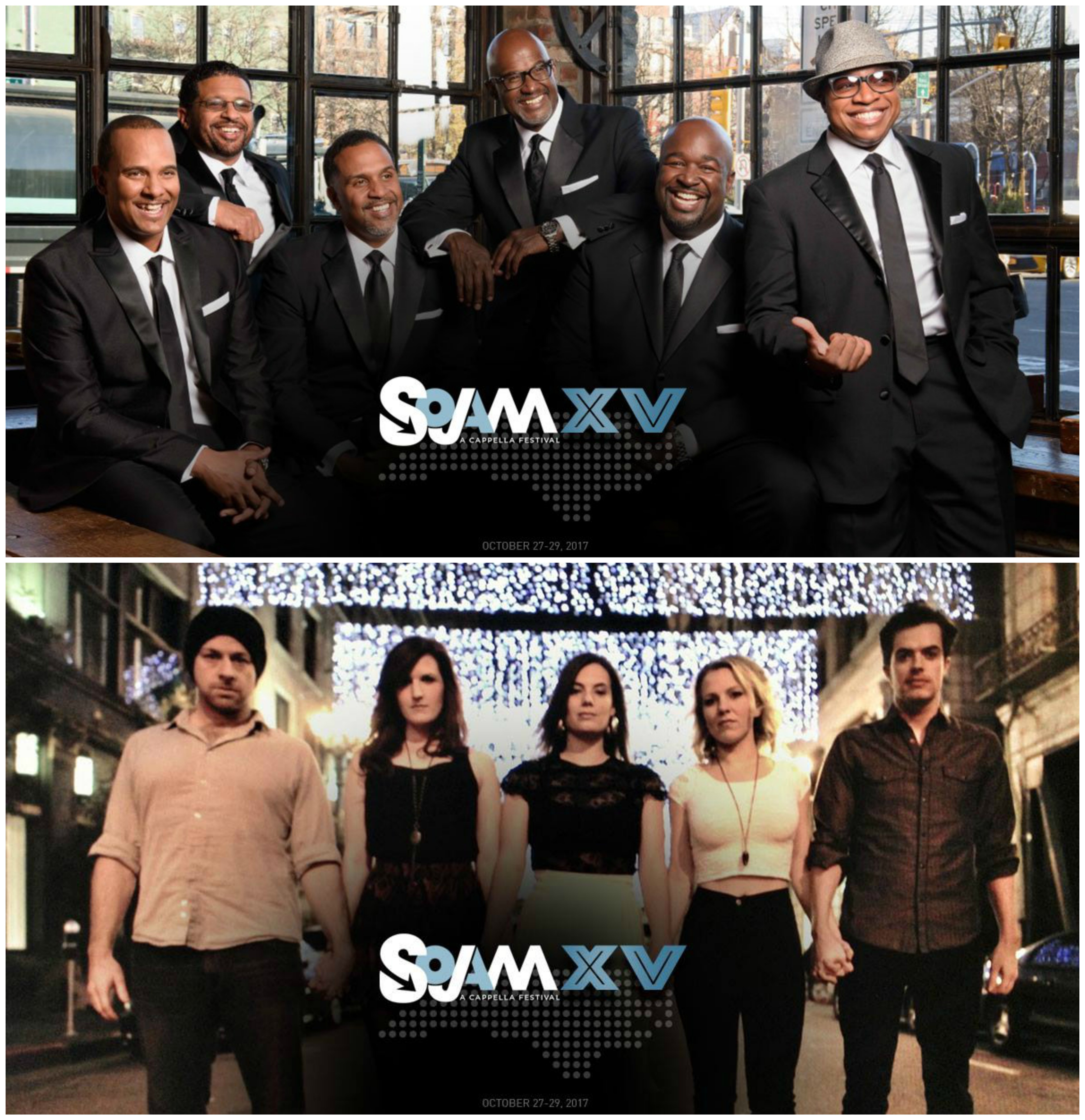 This coming year's SoJam festival in Raleigh, NC may be the biggest and exciting events we've seen in years. What has become known as THE aca event of the South just got a bit more exciting.

This year's headliners are none other than jazz and gospel vocal pioneers Take 6, and vocals+electronics innovators ARORA.

As the most decorated a cappella group in the history of music, in terms of awards, Take 6 is a gospel sextet fuse complex chords with rich and lush harmonies to create a sound that's not only easy on the ears, but truly inspiring. The group has worked with major artists including the likes of Ray Charles, Whitney Houston, and Stevie Wonder to name a few.

Most of the members of ARORA (formerly known as Sonos) have roots in collegiate a cappella as alumni of such groups as the Socal Vocals and Awaken A Cappella.
The group's debut album SonoSings first caught the aca-world's attention with mesmerizing take on The Jackson 5's "I Want You Back." But much of the music came to know the group after their appearance on Season 3 of The Sing-Off and their release of their third album, Bioluminescense featuring all original music by members of the group. The group fuses imaginative arrangements with electronic elements via peddles and other production tools.

We can't wait for what will no doubt be an exciting event come October. For more details, visit here.