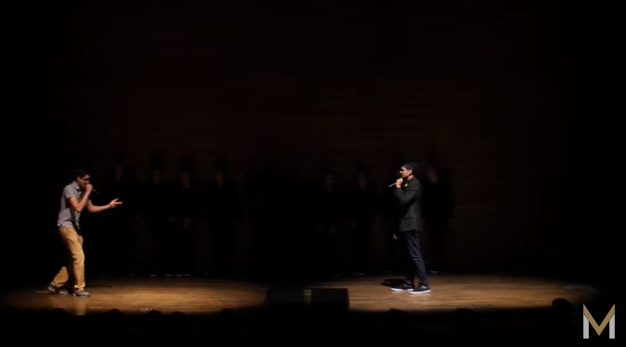 When it comes to the millions of reasons why many like contemporary a cappella music, half of those center on the individual making drum sounds with their mouth. Yes, we're talking about the VP (vocal percussionist) or the beatboxer.

Beatboxing has been around for quite a while, according to Wikipedia, it has been found in American music that dates back to the 19th century. When it comes to collegiate a cappella, groups like the Beelzebubs from Tufts University, one of the first college groups to incorporate the art style, started to utilize beatboxing in their sets in the early 90s.

Now it's everywhere and not just in group songs. It has become a staple for entertaining audiences by itself at many end of semester college shows.

In this #TBT, the Melodores of Vanderbilt University put on a dazzling beatbox battle full of a wide array of various sounds and styles featuring the group's resident VP and his younger brother.
The duo is listed as The Ramaprasad Brothers, but have also come to be known by the simple title of "The Beatbox Brothers."