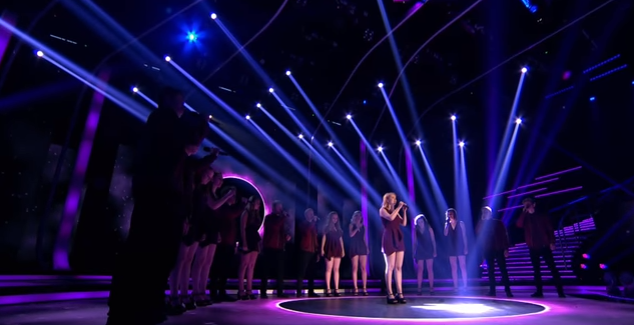 Episode 4 of BBC's hit new singing contest "Pitch Battle" is in the books, and the Bristol Suspensions made quite the run.

While it's great to be introduced to so many unique bands and vocal groups through the show, the most refreshing aspect, in my humble opinion, is getting to see the diverse all-vocal (or a cappella) groups each week. No two groups and have been the same, with each bringing their own flavor and personality to the competition.

This week, audiences outside of the aca-community were introduced to the Bristol Suspensions, a co-ed group from the University of Bristol. You might recognize them from this recent article we did on them.

Throughout episode 4, the group kept the energy high, performing a multitude of throwbacks and fan favorites such as Car Wash, Lady Marmalade and Harder Better Faster Stronger.
The highlight of the night, however, came during the solo round as the group covered Bonnie Raitt's "I Can't Make You Love Me." The performance was utterly chilling as emotions oozed through every vocal refrain, culminating in the most captivating build-up the show has displayed thus far.

While the group did not advance to the final round, they did reach the final three. We'll be wishing the group all the best in their future endeavors.