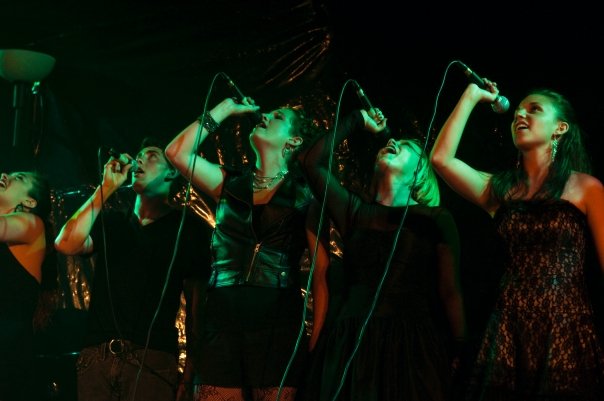 Sorry, this isn't some announcement that the duo have reunited for a new album. No, we're talking about Stanford University's The Harmonics giving Simon and Garfunkel's "The Sound of Silence" the old one-two punch, and blowing us away with one of the most imaginative covers ever to have been performed.

Many in the aca-community know The Harmonics as a group whose bread and butter lies in performing rock songs with vigorous energy and incomparable style. And since 2009, not much has changed. But 2009 is not just some random number. This is the year we were introduced to a killer track on the compilation album Best of Collegiate A Cappella (BOCA) featuring the coed all-stars from Stanford.

And in that same year, the group recorded a live performance of "The Sound of Silence" in all its effect-heavy glory. Today's #TBT honors the sheer creativity of vocal arrangers and why a blast from the past can still pack a powerful wallop!