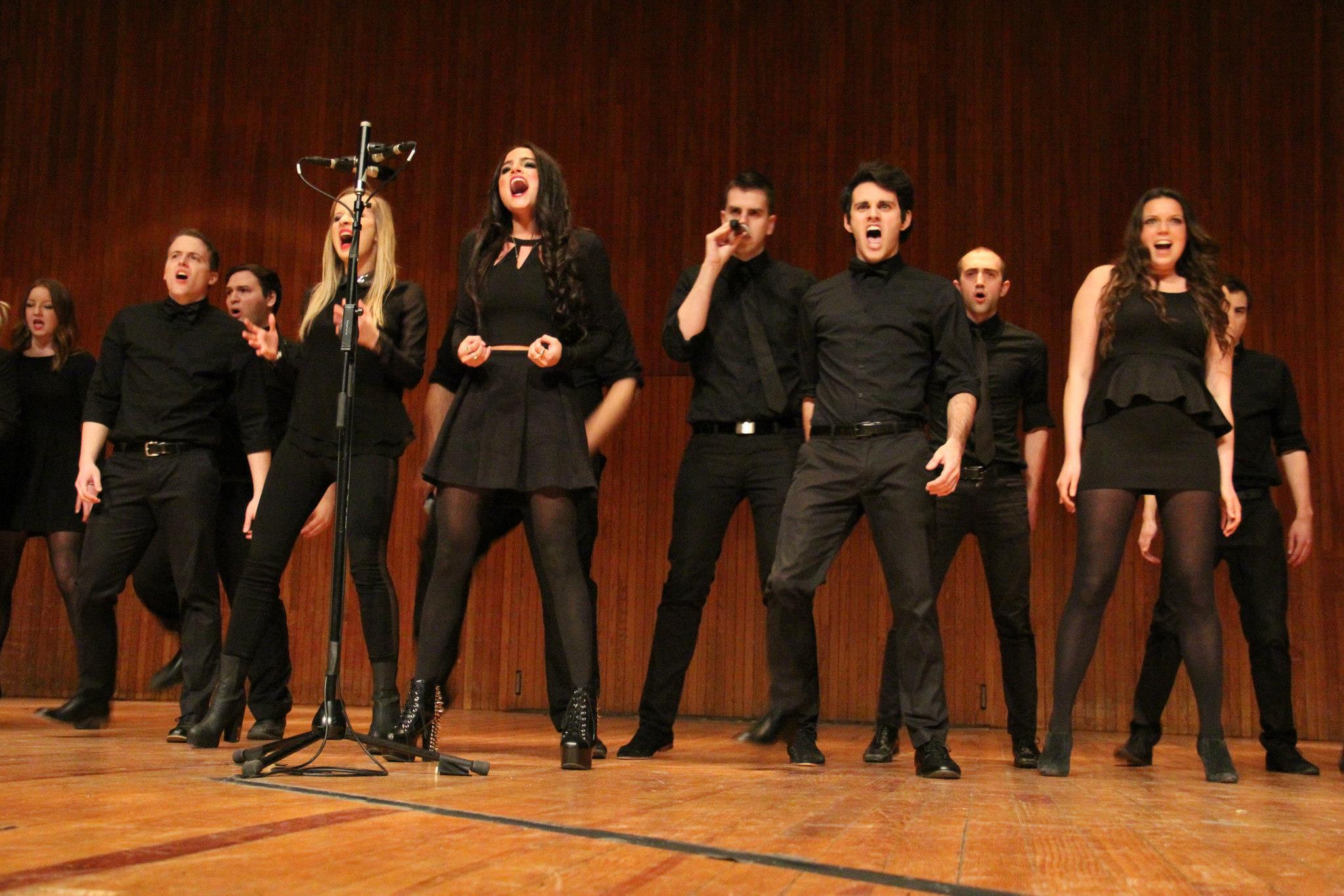 To an outsider, it may be a bit confusing as to why groups concern themselves with choreography in a singing competition. But to any seasoned veteran whose competed in the ICCAs (International Championship of Collegiate A Cappella), they know how important this aspect is to advancing in the competition.

While the initial idea may have been to focus solely on the voice, the ICCAs have evolved into a competition that centers on every aspect of the performance. It's not enough to have killer pipes. Groups must entertain the audience, and no one wants to watch a group simply stand on stage and sing. Maybe this is the price we pay for sacrificing instruments in our performances.

If you've never looked at an ICCA score card, then you probably are unaware that choreography/stage presence counts for somewhere close to half of the total points a group can earn during their performance. For this reason, groups have to "bring it" when they step onstage, in every respect.
And if your vocals are great, well, it makes things easier.

When it comes to staging, few sets have been as memorable as the one below by Northeastern University's Nor'easters from 2013. There were no cheesy jazz hands or side-to-side shuffling. Every step was intentional and purposeful. The choreography, song selections and arrangements all went together, hand-in-hand. We're no experts on dance, but if there was anyway to correlate dance moves to song genres then what the Nor'easters gave us was something along the lines of Indie. And boy did it make the difference in adding onto something that was already great!

By the way, the Nor'easters went on to win the whole competition during this year.