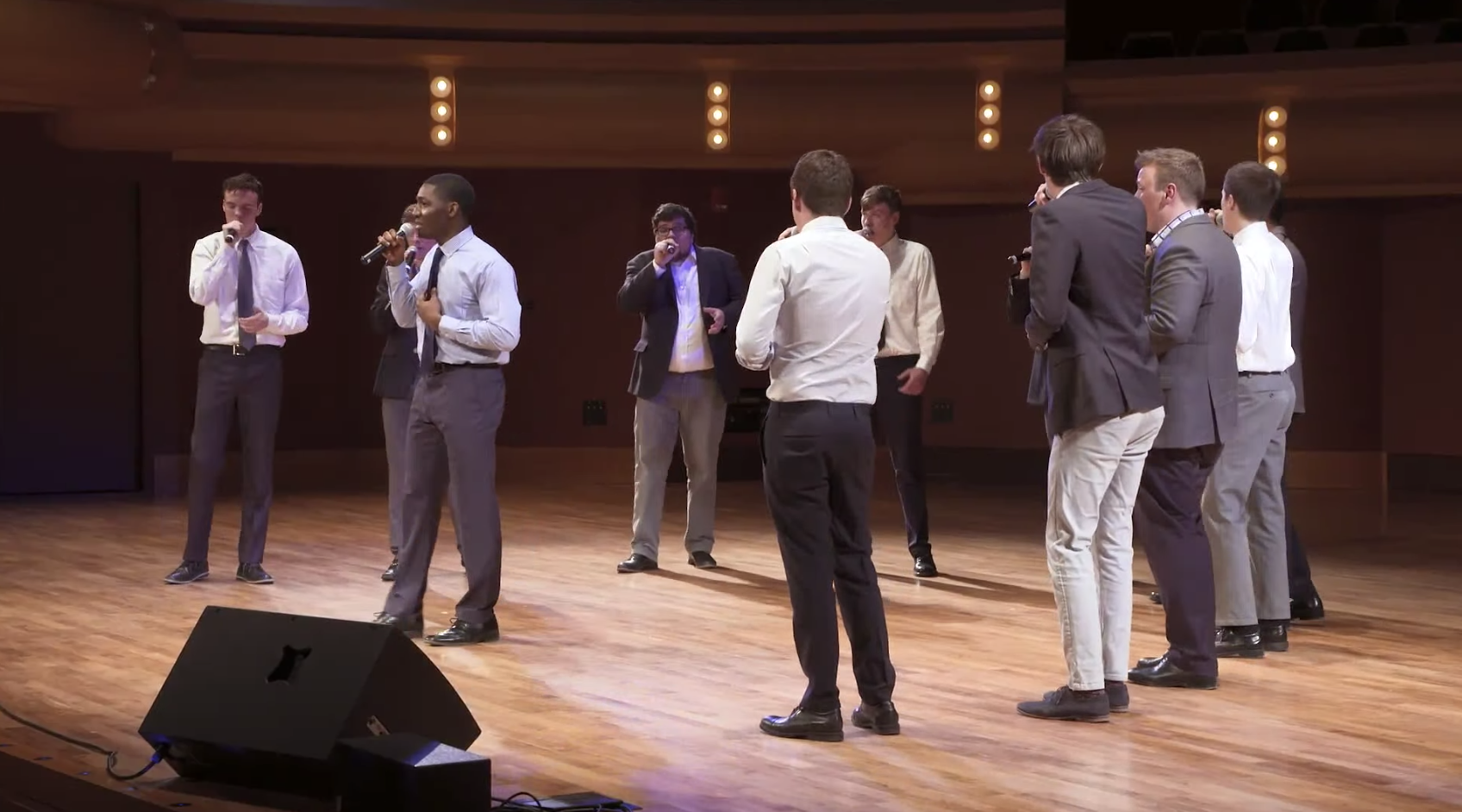 The creativity of the Undertones is simply awe-inspiring.

At this past April's ACA 3: Collegiate A Cappella Showcase, the Notre Dame Undertones graced the audience with a thrilling rendition of Labrinth's "Jealous" which has the power to bring the strongest individual to tears.

"Jealous" has become one of the more popular ballads more and more groups seem to be delivering covers of as of recently. Each version easily taps into the emotion of the song with little effort. But it is this rendition by the Undertones that has us feeling a new appreciation for the song.

The Undertones are masters of pacing, which comes across clearly in their performance. There's a rhythm to the group's singing that constantly propels the song forward, not once losing its ability to connect with the audience. And still, the group has a way of infusing dynamics with just the right intensity, whether it be gentle hums, or powerful syllables.

And the group's lead Ike Okoro gives one of the year's most honest and genuine performances.