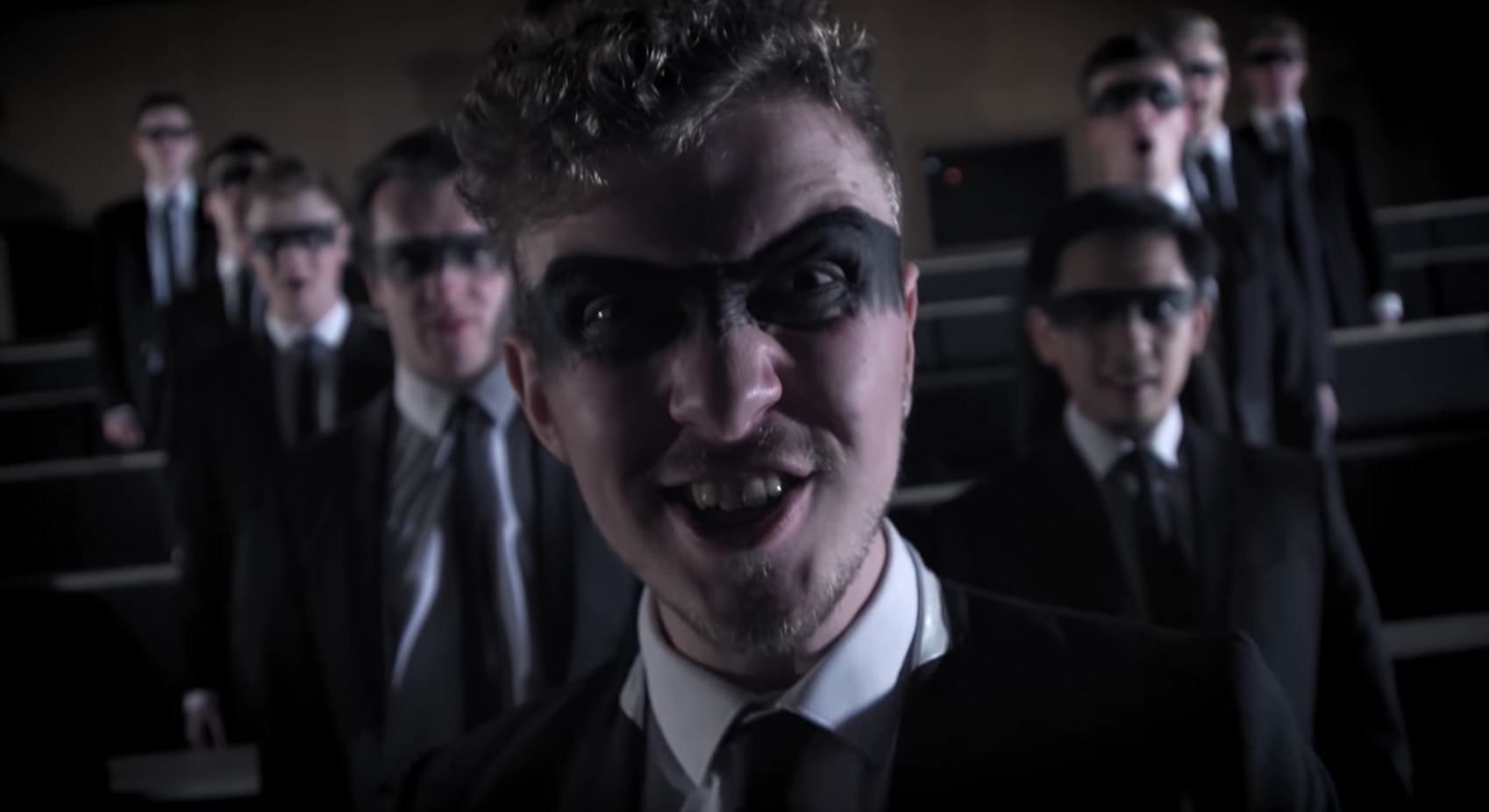 Once again, the UK collegiate a cappella scene proves that they are a hard bunch to compete with when it comes to who exudes the most style and personality in their music videos.

Yes, this is a note for groups all around the globe. When it comes to a music video, you need more than fantastic vocals, you need visually enticing elements. The Oxford Commas showcase this and much more with their new video for "Crazy (In Love)."

The mashup is a slick performance of Beyonce's "Crazy In Love" and Gnarls Barkley's "Crazy." From the opening party vibe that the Commas are able to recreate to the darker, more intense delivery with the Gnarls Barkley sections, listeners are treated to more than just a basic cover. While the tight vocal editing and mixing is what you'd expect of a seasoned group, it's the video's visuals that have us hooked.

From the fashionable party attire to the face paint which represents the switch in the song's tone, everything is well thought out.

It's a video worth seeing.