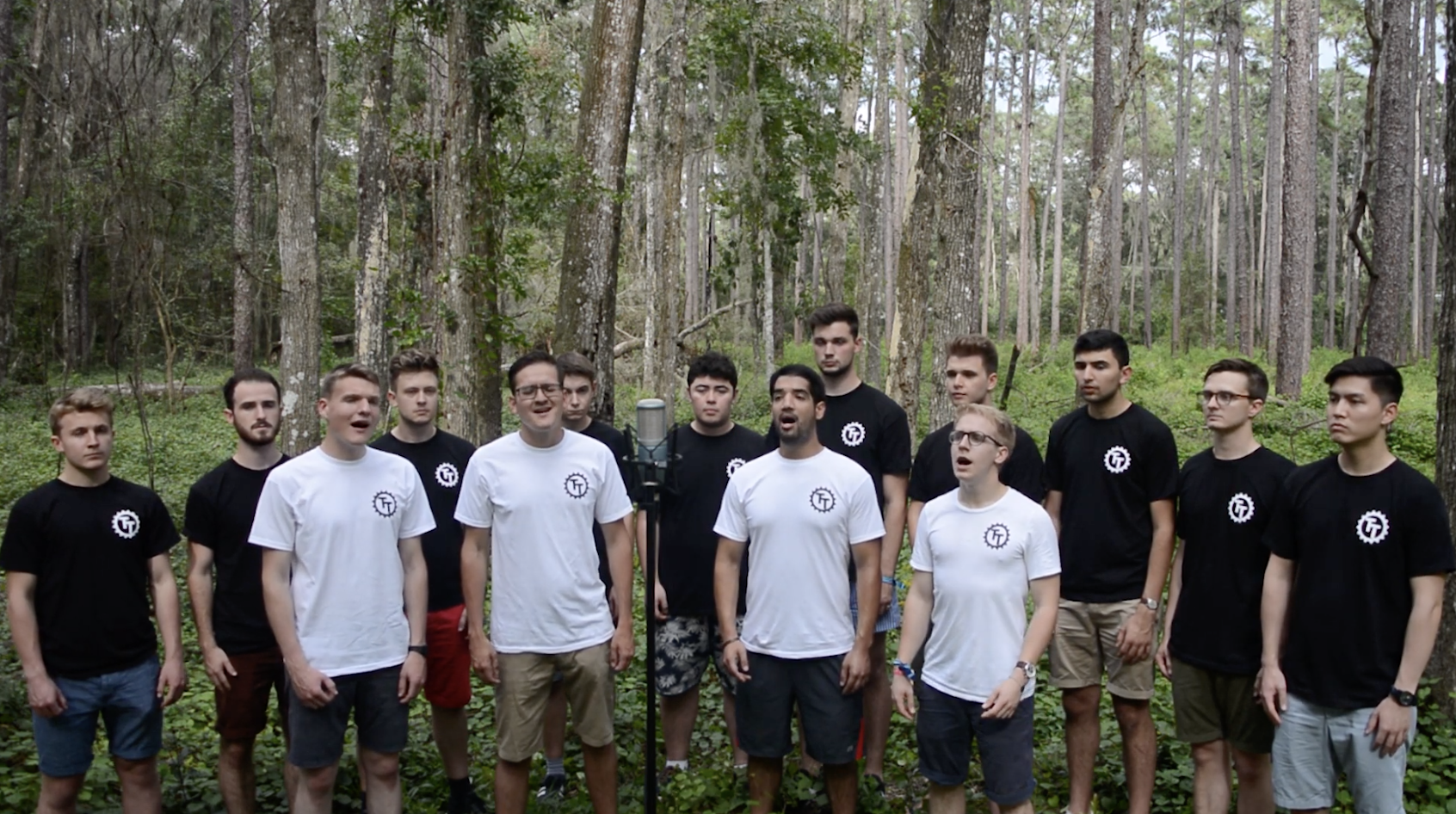 It's not hard to see why the Techtonics of Imperial College London are previous ICCA champions.

The a cappella group's sound is impeccable and is only matched by the level of creativity they bring to their arrangements. And today, we are witnesses to their musical genius in their live rendition of "Wolves" by Bon Iver.

Even with the steady influx of produced video performances by college a cappella groups, there's no beating a well delivered live vocal performance. The only thing better is when that live performance is leaps and bounds beyond anything you could expect.

In the Techtonics live video, the vocal group trades in the ideal and confined rehearsal space, for the lush, ambient woods of Gainesville, FL and it all pays off immensely.
Not only does the forest backdrop set a warm visual tone for the song, it offers a great deal of earthy ambient sounds that add to the richness of the singing.

It is because the song's technical aspects are so masterfully executed that the listener is able to completely tune-in to the song's emotion, which is that of agony and pain. And the Techtonics have found a way to convey the haunting lyrics of the song in the most beautiful way.

"Wolves" is an utterly real performance that reaches well beyond the listener's ears and its portrayal by the Techtonics is simply unmatched.