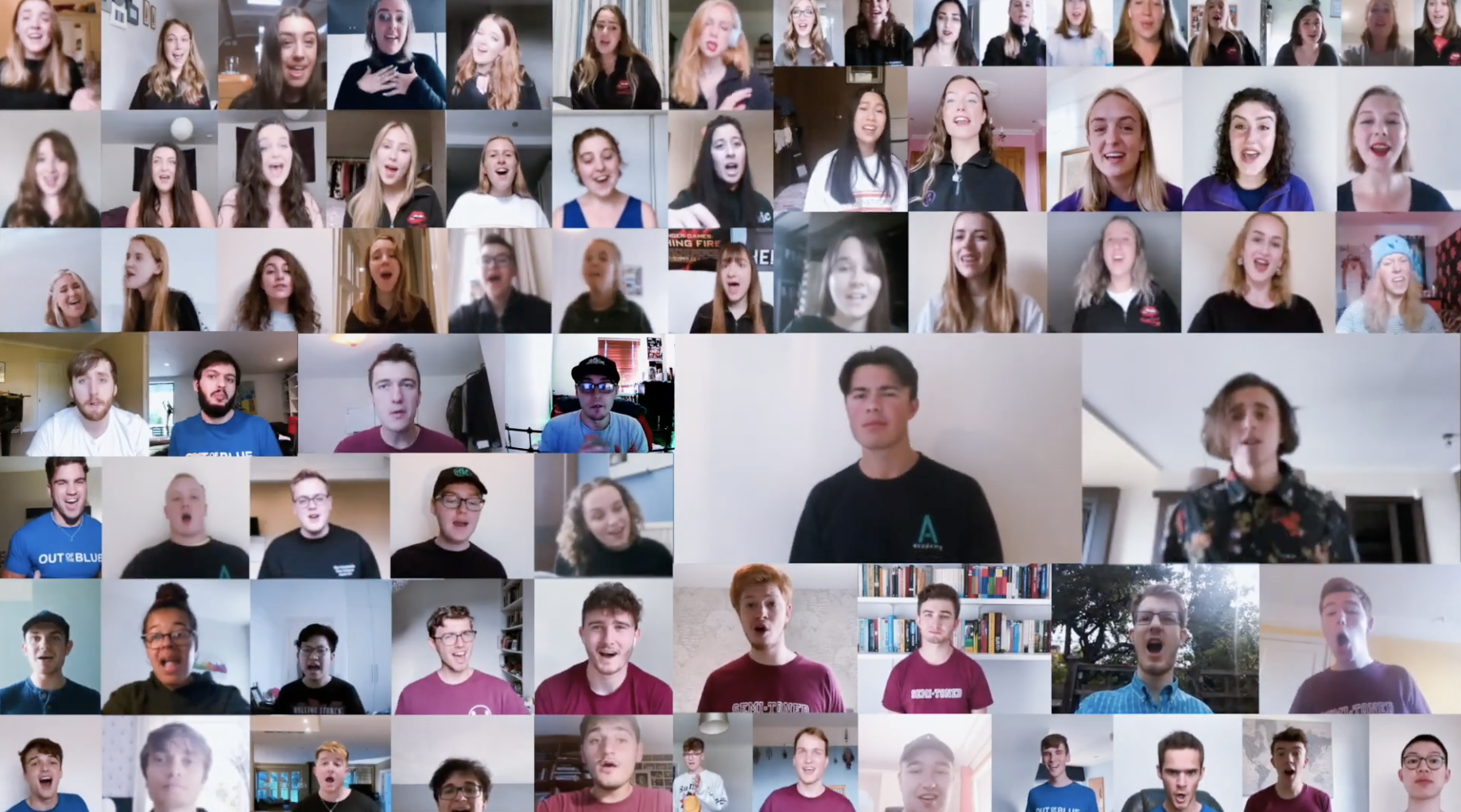 These UK A Cappella Groups Will Give You Disco Fever With This Virtual, Dance-Tastic Medley

But now, we've finally been treated to some virtual Disco! And we have the UK Virtual Cappella Collective (UKVAC) to thank.

The UKVAC is an organization comprised of 19 various collegiate a cappella groups from the United Kingdom, which include: Tune Army, Songsmiths, Northern Lights, The Other Guys, Sweet Nothings, Pitch Fight, The Decibelles, Aca-pocalypse, Aquapella, Steelworks, Alternotives, Semi-Toned, RadiOctave, Cadenza, Illuminations, Suspensions, Bluebelles, Out of the Blue and Academy.

This collection of groups was formed due to the cancellation of the 2020 Ed Fringe festival. With so many talented singers looking for a performance outlet in the absence of the event, an idea was formed.
Gather as many of these groups as possible and create an epic performance like no other.

The result, an infectious and stellar medley of songs from the 70s and 80s.

Simply titled "Disco Medley" this new virtual performance combines songs from The Bee Gees, ABBA and Eurythmics that will have you toe-tapping along with signature songs including "Stayin' Alive", "Gimme Gimme Gimme" and "Sweet Dreams." The UKVAC's virtual performance is laden with incredible production, stunning charisma and electric energy, worthy of the grandest dance floor. The vocals have  plenty of punch and style, capable of making Tony Manero blush.

Watch the amazing performance in the video below!