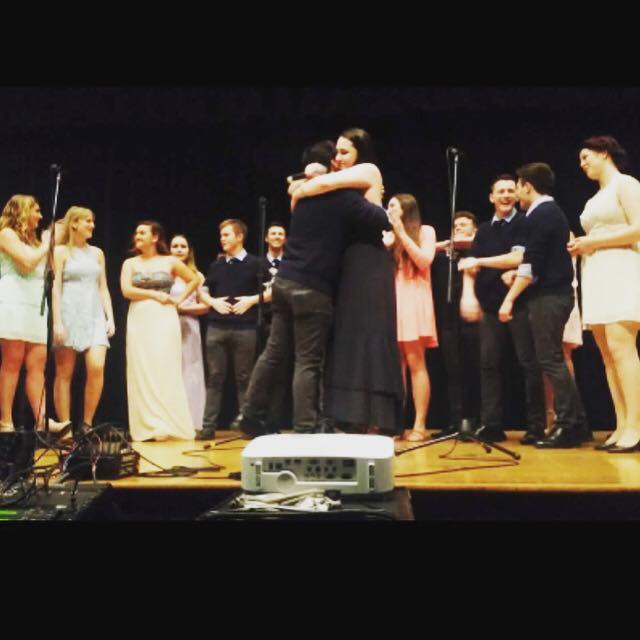 January 9, 2017
Tweet
Collaborative projects are becoming more of a recurrence in modern a cappella.

Where the standard used to rely solely on groups making a name for themselves through individual efforts, more groups are making strides to appeal to the fan base of other campus groups.

And why wouldn't they want to? It's a win-win for every group involved. It's typically free marketing, as well as a chance to connect with other aca-groups.

And perhaps the most obvious reason to collaborate on songs with other groups, more impactful and stunning performances, because a cappella is at its best when it's shared with others. Truer words couldn't be said in the case of this cover of "Don't Be So Hard On Yourself" (opb Jess Glynne) performed by Florida State University's The Acabelles and Reverb.

For starters, we're treated to six, count 'em six, different soloists. Each one magnificent in their own respects, and all convincing in their delivery.
What's also spectacular about collaborative performances is that the power and intensity of the backing group has the potential to be off the charts, and in the case of this song, it really is. Also, the arrangement itself is a very active and entertaining one to listen to.

The somewhat dark, pop tone is what really draws you in from the voices and it maintains its hold all the way to the final run by the last lead. We're hoping that the Acabelles and Reverb have more of these magical performances in their future.