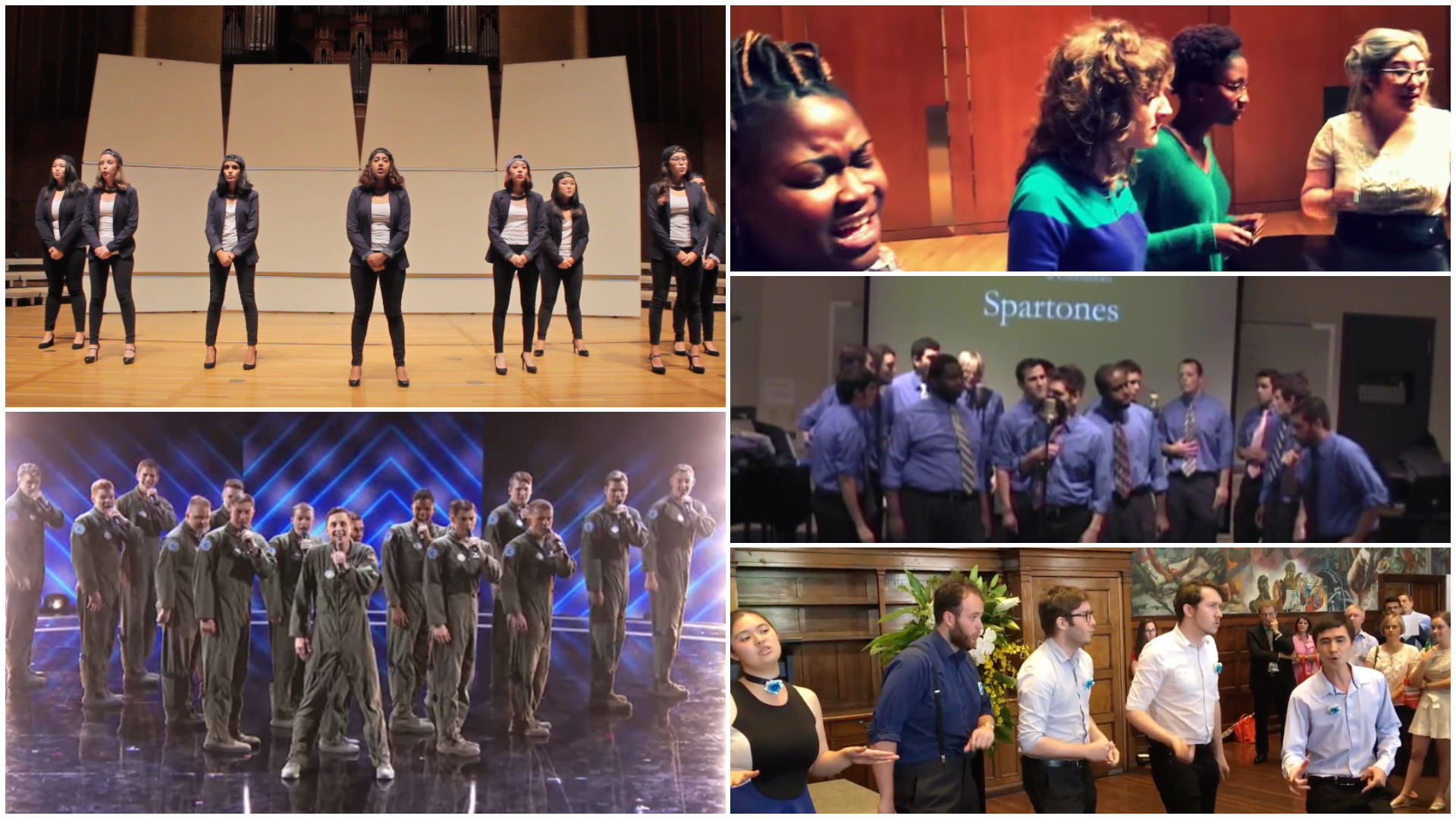 Boy bands, they just don't make em like they used to.

Permit us to take a moment and appreciate all the things that boy bands have given to both the music industry and pop culture. Synchronized dance moves, flashy outfits and the ability to deliver a cappella renditions of their hit songs on live television, at mall appearances or at hometown concerts.

So, today we're going to celebrate. From recent acts such as One Direction, to old-school harmonizers like Boyz II Men, and everything in between, we're honoring the lost art of group singing with a few of our favorite boy band covers. Check them out below and then head over to Amazon and pick up a few posters for your dorm room.

In the last few months, no other a cappella group (outside of Pentatonix) has gained more national attention, and none have advanced as far on America's Got Talent as In The Stairwell.
Their "cheesy" choreography, as proclaimed by the judges, and massive sound helped propel them to the AGT semifinals, where along the way they gave us one of the most entertaining NSYNC covers you're bound to come across.

Leave it to a college a cappella group to take a One Direction original and transform it into a doo-wop song. It's creative and absolutely brilliant. And I'm not afraid to say that I like it much better than the original.

When it comes to nailing signature boy band moves, the Golden Overtones do it the best out of everyone on our list. Factor that into an energetic medley full of varied song styles made up of Backstreet Boys, One Direction and NSYNC hits and we're in heaven.


"End of the Road" - Spartones (University of North Carolina-Greensboro)

The fact that this cover of "End of the Road" by the Spartones is nearly a decade old is meaningless as it is still one of the best all-male, a cappella performances we have ever heard. The vocals are powerful, emotional and to take a page from the Backstreet Boys, "larger than life."

"I Want You Back" - Mix (University of Colorado Denver)

Can we just say that we wish we were as cool as UCD's Mix. To take a song as big as the Jackson 5's "I Want You Back" and turn in into a jazz-styled cover is no easy feat, but then turn around and have that song win a national a cappella contest sponsored by Macy's takes swagger. BTW, the groove they're throwing down is insane.