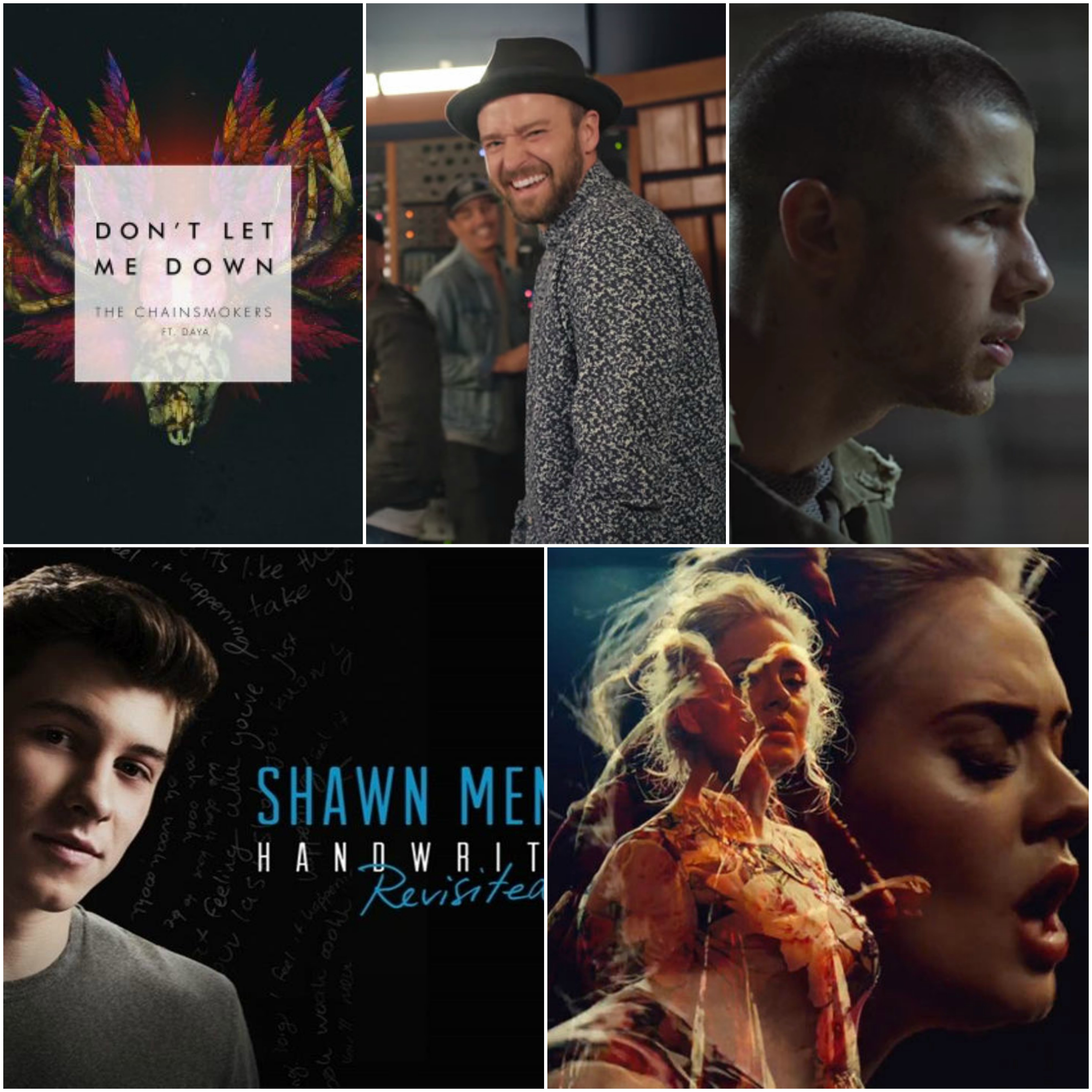 Top 5: Songs You Can Expect To Hear On College Campuses This Fall

July 6, 2016
Tweet
With summer break in full effect, it's safe to say that many groups are taking this time to recuperate from the weekly 3-day rehearsals, weekend private gigs, and time spent in the studio working on their upcoming albums.

Yet still, there are the brave, dedicated few, where collegiate a cappella (and a cappella in general) is not simply a semester only commitment, but rather a year-round passion. For these few in the minority, we salute you.

While some might be spending the summer engaged in typical college affairs (traveling, summer internships, and partying) others are already devoting late nights to preparing for concerns of the Fall. Winter tour schedules, new leadership, fundraising, etc. Probably the most crucial....set-lists.

A good, thought-out arsenal of pre-arranged songs before the group reconvenes for the Fall semester can save the music director a lot of headaches. However, one key concern when considering songs is innovation and originality. By this, I mean making sure you're not performing the same set of songs that hundreds of other groups around the country will be performing.
If you do, you will need to ensure that your arrangement stands out among the masses.

For this list, I bring you the Top 5 songs that collegiate groups, more than likely, will be performing on campus come Fall semester. Either shy away from them or bring something completely original to the table.

Without a doubt, this was THE song for the 2016 ICCA (International Championship of Collegiate A Cappella) season. As someone who attended multiple ICCA events this Spring, and watched hours of ICCA videos on YouTube, it was crazy to see how many groups were performing this song. Sometimes, multiple groups at the same event would perform it.

I totally get the appeal, its pop, soulful, rhythm style lends itself well to a cappella. And I have begun to hear some really inventive takes on the song, where groups really draw out the emotion behind the lyrics. I'll caution groups who have not already added this one to their repertoire, unless you're the only a cappella group at your school, it may be best just to shy away from this one. Not because it's not good, but simply for the risk of it being overplayed (or over sung).

Now, while #1 has easily been the most covered song in a cappella in 2016 so far, #2 is easily the biggest song of the summer, and probably soon to be the biggest of the year.

Can't Stop This Feeling, unlike Stitches, has not had enough time to make its round in the aca community simply because of it's late release date. But you can expect it to be one of the biggest tunes to grace "Welcome Back" events where a cappella groups are performing. I expect most groups will stay true to this feel-good, get up on your feet and dance type hit, and for the most part avoid transforming it into some melancholy ballad.

My only advice with this one, get crackin' on an arrangement sooner than later.

This one here is an interesting selection and it makes my list simply on the thought of trends.

Think about it, in 2014 Nick Jonas released "Jealous" which was/and is big in the aca community. In 2015 he had "Levels" which if I had actual stats (or the time to go and add up YouTube views) was probably THE song in a cappella last year. So, by natural progression, he's due for a hit in 2016, enter "Close." Not to mention, a cappella groups love Tove Lo, which makes her due for another hit in the community since "Talking Bodies."

I'm actually excited to see what groups do with this one.


4. Don't Let Me Down - The Chainsmokers

While I have not seen a great deal of The Chainsmokers in the aca scene, I have seen quite the influx in EDM and electronic music. For this reason, I think this song is going to catch a lot of group's attention. It has a style that almost feels like a mix between indie and Jason Derulo. Not only that, but it features a powerful female soloist, which can be appealing to a lot of groups looking to move away from the typical T Swift and Beyonce standards.

Rounding out the Top 5 should not draw any surprises...it's an Adele song.

I think most have milked Hello for all they could and will be looking to add another Adele hit to their sound. Fortunately for everyone, this song is one of Adele's more upbeat tracks.

There's not much to say outside of this...the college a cappella scene has a love that burns deep for Adele, so it's Adele that the people will get.


There you have it, the Top 5 songs (in my opinion) that you will probably hear in the college aca scene. If you choose to go the route of performing one of these, please please please craft an arrangement that will allow the song to live past 2016.

1. Any Alabama Shakes song because this group will be BIG!!

2. Into You by Ariana Grande - she's another one whose past due for a return to the aca scene.

3. Ultralight Beam by Kanye West - a cappella and rap/hip-hop go together like millennials & selfie sticks.