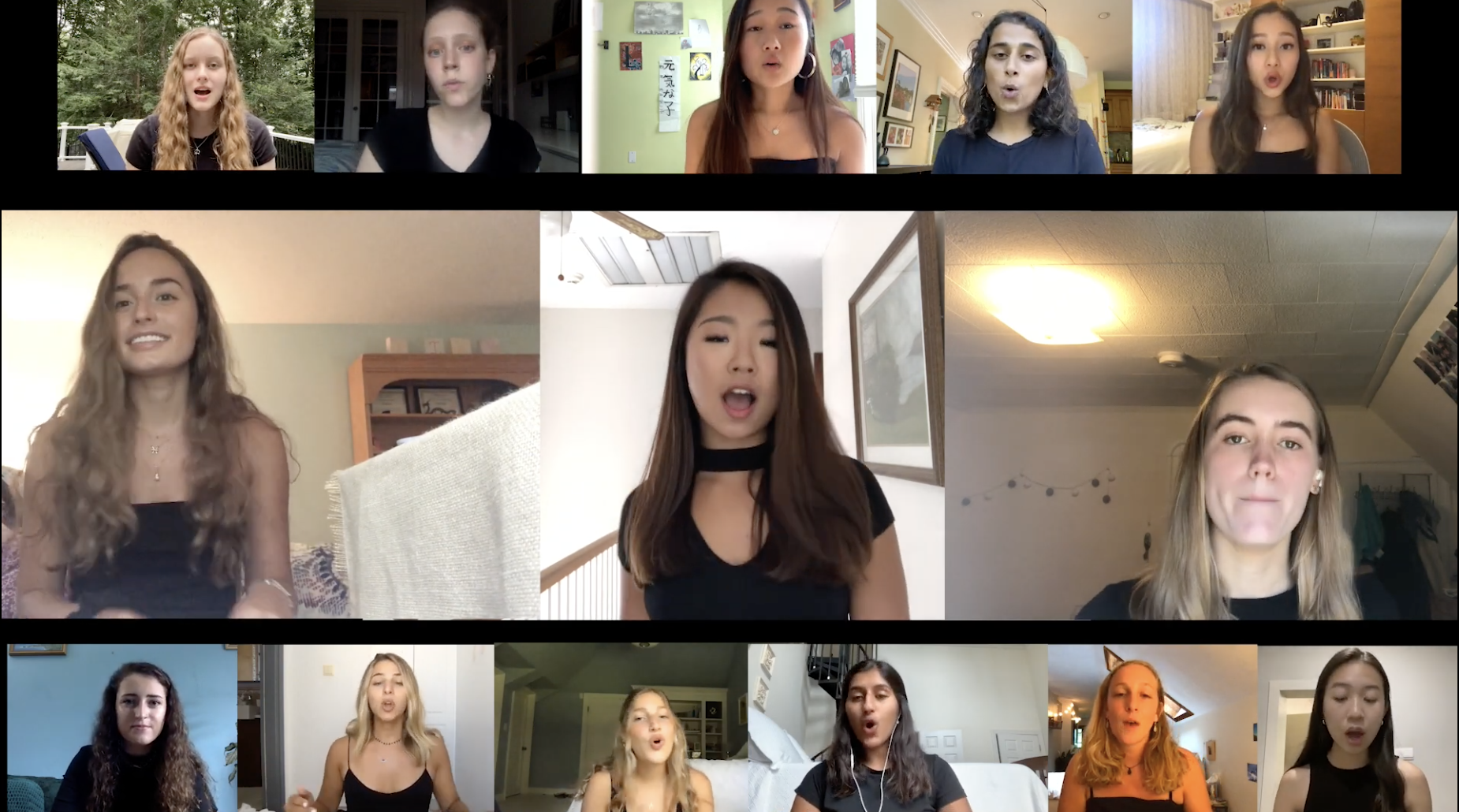 Holy smokes, have the Jackson Jills got some serious swag!

The newest video from the all-femme a cappella group from Tufts University is as cool as Billie Eilish at the Oscars. This is only fitting as the Jackson Jills' virtual performance features two separate songs, one being Billie Eilish's "Bad Guy."

The cover has all the nuance and style of a Billie Eilish smash hit with its stern and confident demeanor, which elevates the artistic level of the performance. Not to mention that the vocals are incredibly blended given the amount of voices. The song's flow and groove are especially tantalizing as the low end exhibits stellar production that's impossible not to feel.

Couple this with all of the little details such as the effortless runs, well-incorporated body percussion and various effects and you've got an absolute vocal gem on your hands.

The latter half of the video offers a purer vocal delivery as the Jackson Jills cover Harry Styles' "Adore You." The performance is a more subdued offering than the previous track, but exudes a similar confidence, which makes it easy on the ears.
What's remarkable about the cover is how fitting the arrangement and delivery feel for the college a cappella group. The Jackson Jills are not shy about taking liberties with the solo nor backing harmonies, which make the entire experience completely refreshing.

Paired together, but videos wonderfully work to give you a glimpse of not only the talent of the group, but also their personality.

You can watch both videos in the video below.