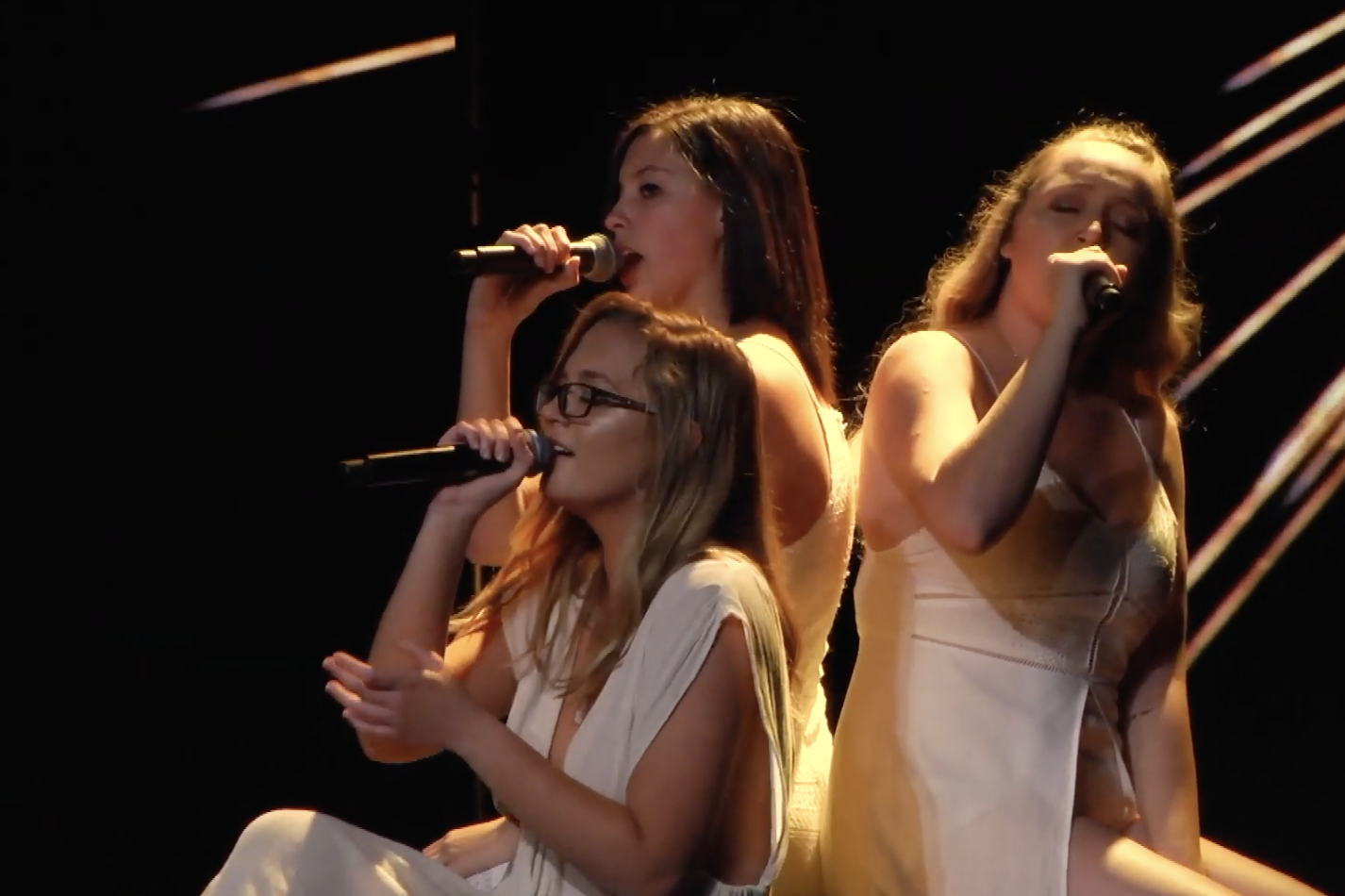 Holy moly, we are witnessing a true evolution in a cappella music!

Over the past year or two, we've constantly stressed how the prototypical a cappella performance is becoming more and more a thing of the past. Groups are trading in semi-circled formations and covers of 90s and early 2000s Pop, for jaw-dropping, elaborate arrangements and staging. And this brand new video of The Staves' "Winter Trees" performed by a cappella group Mixed Mode from the University of Central Florida couldn't be a better representation of where the future of vocal music is headed.

Filmed at last year's National A Cappella Convention, the coed a cappella group has fine-tuned a performance that feels more like a production instead of your typical cover video.

That is because Mixed Mode nails every detail in their performance. From perfectly translating the neo-folk song into an impactful vocal arrangement to the polished audio production, the music is the utmost priority. But perhaps even grander than that, is how artistic this video feels.
From the opening shot, the group displays beautiful staging amidst an incredible, digitized backdrop that accompanies the music and feel so well.

Every inch of this musical movement works in tandem with each individual part.

And we haven't even gotten to the actual singing yet. It's completely sensational! Mixed Mode's leading trio which features lead soloist Emma Liston with harmonies provided by Caitlin Schlicht and Alexis Whitehead, is absolutely breathtaking. The three sing so effortlessly with each other that the listener cannot help but to feel joy and serenity throughout the song's entirety. It's as if the three are a fusion of the Dixie Chicks and Fleetwood Mac, but for the modern era of music.

This video already feels award-winning and we can only hope that it will be recognized for next year's CARAs (Contemporary A Cappella Recording Awards).