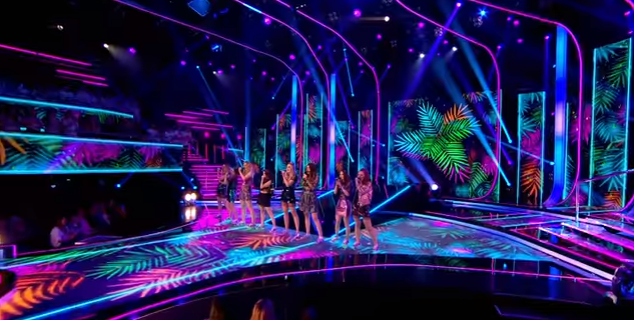 Episode one of BBC's new reality singing contest "Pitch Battle" is officially in the books.

This past weekend, BBC debuted it's newest singing contest, which showcased six music groups competing for a spot in the show's next round. Before we go too far in the details, let us clarify one aspect, the show's format is completely different from those looking for a predecessor to "The Sing-Off."

In episode one, only one group, the University of Birmingham's Uptone Girls, went through with an all-a capella performance, covering "Changing" by Sigma ft. Paloma Faith. The performance acted as a great introduction to those who have never seen a college a cappella group, especially an all-female one, showcasing the group's energy and vocal range.

While we know for certain that more college a cappella groups will be featured on the show, "Pitch Battle" is a show that will focus on vocal harmonies and choirs, versus your standard contemporary a cappella group.
That being said, the show is definitely worth checking out.

For those not able to watch the show live, you can view it here.