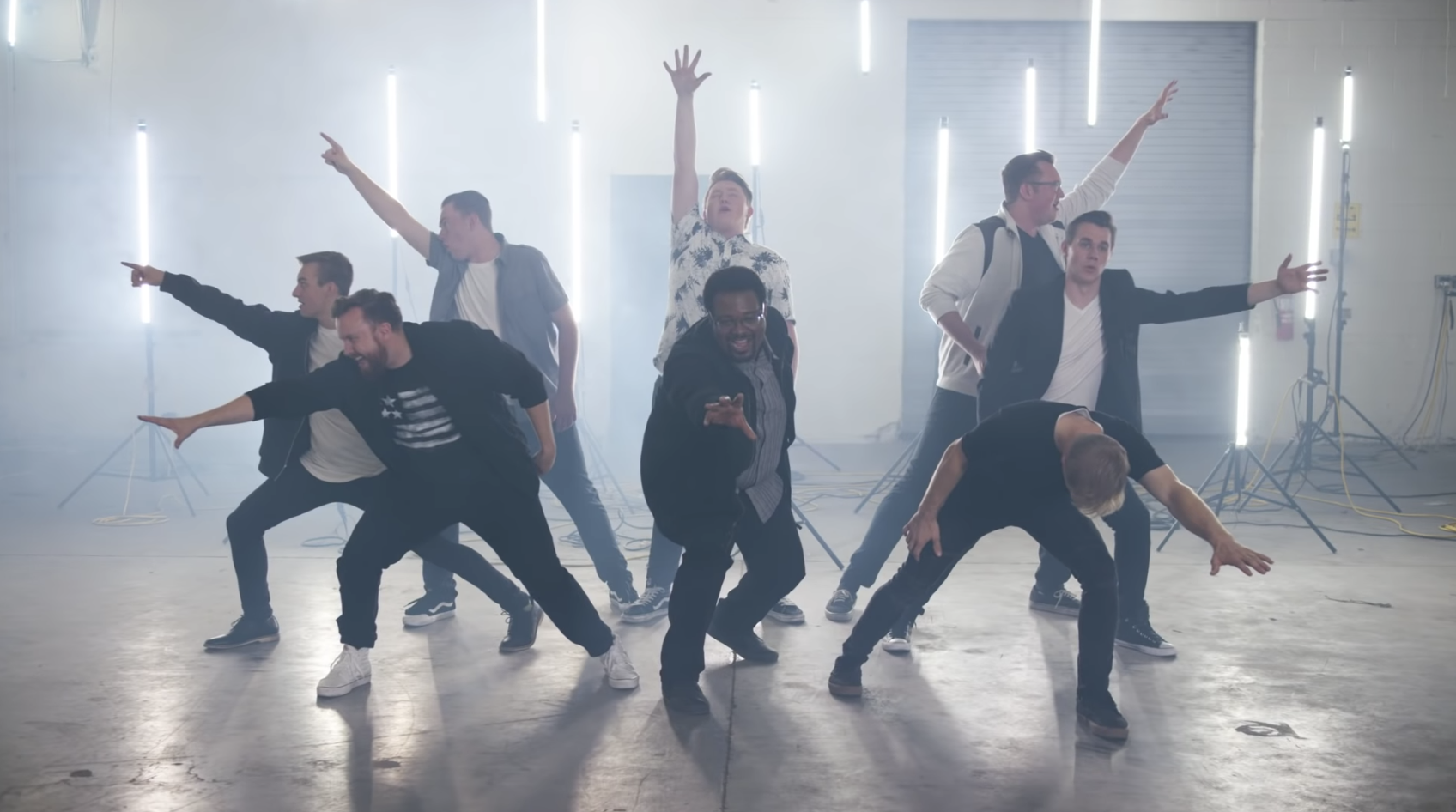 Halloween is officially just over a week away, and that means we can feel zero guilt about keeping the theme song for "Ghostbusters" on repeat for the next few days.

Who are we kidding? We've been doing that since October 1st.

What this also means is that Halloween themed a cappella videos are in abundance by college groups, including today's featured one by VoiceLine from Utah Valley University. Coming in at just under five minutes, the all-male a cappella band conjures up some serious magic as they drop an epic medley of some of our favorite Halloween-related tracks.

From MJ's "Thriller" to Santana's "Black Magic Woman" nothing is off-limits. And the group totally makes the tracks their own, bringing a modern pop appeal to classic tracks, while using flair and style to jazz up old favorites. What's equally impressive as the group's vocal talents is the video itself as VoiceLine uses flashy costumes and even special effects to tell a story with each song.

This video will definitely strike a chord with you and leave you excited for October 31st!