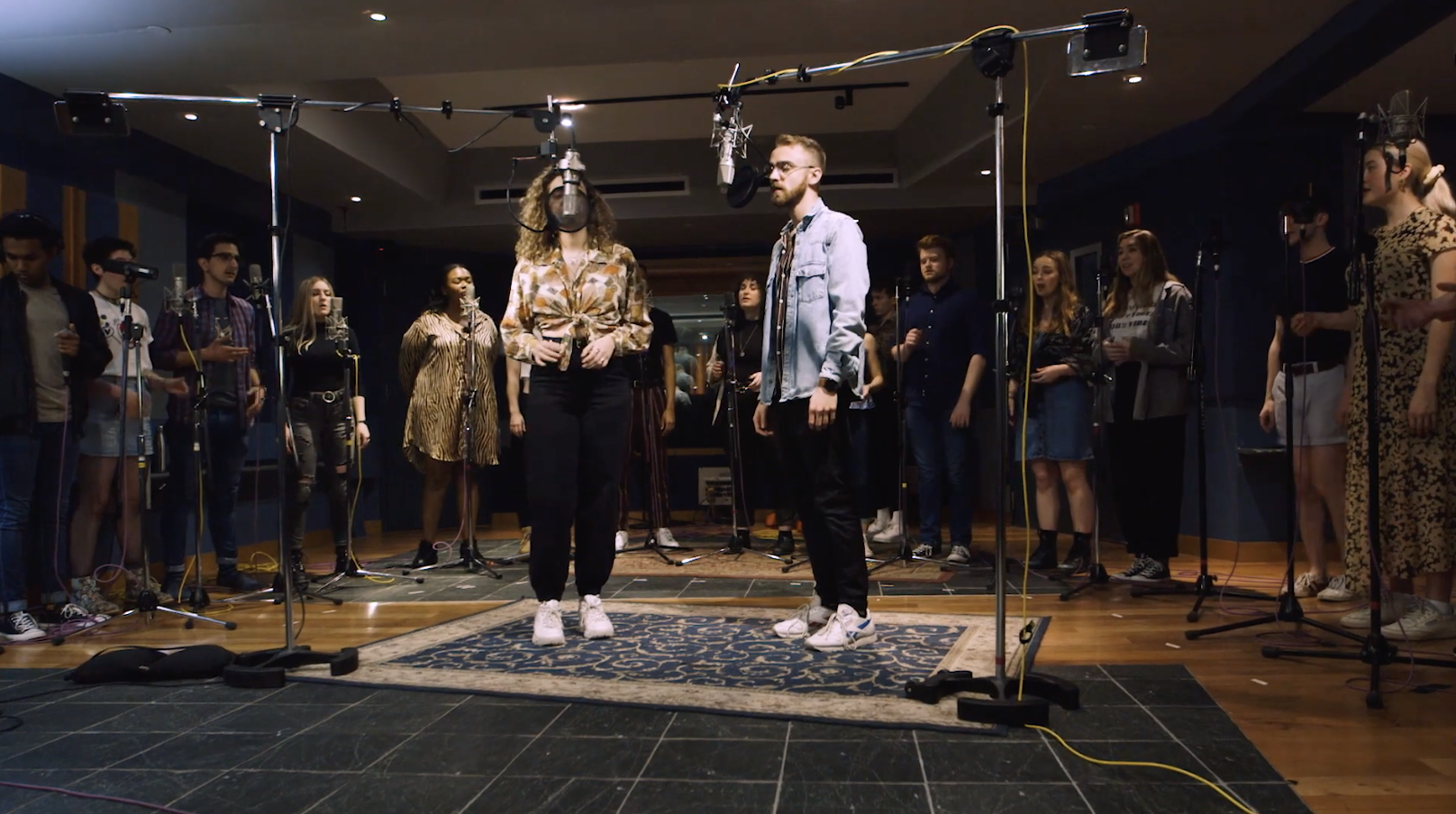 Dearly beloved, we are gathered here today to recognize the genius and talents of the N'Harmonics.

Each year, the a cappella world is set ablaze by jaw-dropping performances that are delivered during the ICCA competition season. Some include staggering solo feats of Pop tunes currently flooding the radio waves, while others take a more experimental approach highlighting indie or more diverse song selections.

This year's champs gave us something truly distinct, which allowed them to stand out from the rest!

Not only did the N'Harmonics, from New York University, capture first place honors at the 2019 Finals, but the vocal group also secured additional awards with their wins for Outstanding Arrangement and Best Choreography. And while we have yet to see the full set, the a cappella group just dropped a studio version of the opening to their award-winning set, which gives a glimpse and a great deal of understanding as to why they were victorious.

The video showcases the group performing their rendition of "Lacrimosa / To The Wolves." And yes, you read that right. "Lacrimosa" as in Mozart.
It's not everyday that you see contemporary a cappella groups covering classical music, but the N'Harmonics did just that pairing the song with Vasser's "To The Wolves." The fusion of classical and electronic music work beautifully in tandem with one another thanks in part to a brilliant arrangement.

The group is able to wonderfully balance emotion and sophistication as they demonstrate complex rhythms, dynamics and truly passionate vocals.

Brett Castro, Music Director of the N'Harmonics and arranger of the piece, sheds light on how the piece was orchestrated:

"There were many inspirations behind this set. It mostly stemmed from wanting to do something on the ICCA stage that I've never seen or heard before. I sang Mozart's Requiem in high school and absolutely fell in love with it - so I thought that would be a good place to start! All of the N'harmz songs and arrangements are just based off of music that we love and think is exciting."

From the spoken word, to the enchanting operatic moments to the soulful and Herculean efforts dished out by both the soloists and backing group, you will be moved!

Check out the video below to see what me mean.

Be sure to also check out our interview with Brett on the N'Harmonics' ICCA experience in the interview below.

Going into the school year, did the N'Harmonics place a great deal of focus on competing?

The N'Harmz have always focused on artistry first and competition, accolades, etc. second. Everyone in this group is an artist in their own right, and so it's so inspirational to be able to work and create with so many talented people in one room. I think that's why this ICCA set was so special - we really focused on creating the most compelling, moving, interesting show possible. We are extremely grateful for the response it has gotten.

How did the group feel once you all heard your name called as the ICCA Finals Champion?

Hearing our name called as the Finals Champion was an electric feeling. This group of people has become so close over the past two semesters together, and it was so special to be able to share that feeling of elation with everyone.

What has the environment at NYU been like since you all returned from Finals? Has the university recognized you all's accomplishments?

NYU has definitely given us some love because of our success! NYU Tisch has always been the most supportive to us and we appreciate everything they do for us. Also, within the NYU community, winning has definitely made a cappella seem a bit cooler to people outside of it, haha.

What's the group's key takeaway from going through this process?

This past year has offered us so much growth as artists, musicians, and as humans in general. We are so thankful for everyone who has inspired us and helped us get to get to this success. And we are very excited for the future!

What's next for the N'Harmonics?

We have so much planned for the future. Today, we released a live-in-studio recording of one of the songs you heard at ICCAs ("Lacrimosa / To The Wolves"), and there are many more videos and recordings to come! Follow us on facebook, instagram, twitter to keep up to date with all of our releases!