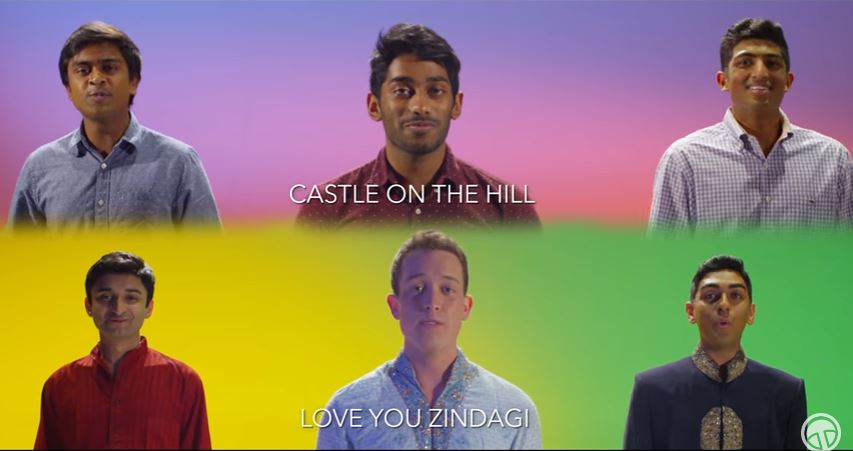 For those who don't study or regularly perform music, here's a short music lesson.

Music is made up of notes that are played or sung in various rhythms that are pleasing to the ear. To go one step further, one can combine notes to make chords, which are typically three or more notes played together, allowing the sound to be fuller.

In a lot of today's pop music, many songs are built around the same four chords, which is why you can play the backing music of Journey's "Don't Stop Believin'" and sing the lyrics to Miley Cyrus' "Wrecking Ball" over it.

In this incredible video, Penn Masala shows how the same can be done when looking at Western Pop music and songs from Bollywood. The fusion of the two is perfect and shows two things: 1) Good music can span differing cultures 2) No one makes medleys quite like a cappella groups.