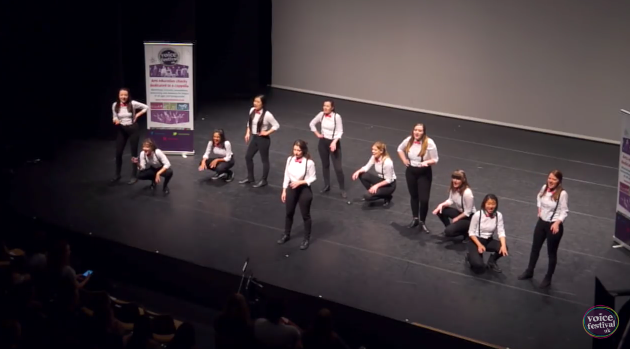 The US is no longer the only source of a major, thriving collegiate a cappella community, and we couldn't be more excited.

Since 2007, a UK arts education charity known as the Voice Festival UK has been building up a great deal of momentum as a source for all things a cappella. And this is not only limited to the collegiate aca-world, but it acts as a great resource for the UK music community in general.

Throughout the year, the charity offers music workshops, masterclasses, concerts and networking events for singers of all ages. But the major event of the program has grown to become the collegiate competition. Think of it as a UK-based ICCA which includes competitors from Oxford, Cambridge, St Andrews, London and Birmingham.

This year's competition was especially exciting as the event crowned its first-ever all-female champion, The Rolling Tones from King's College London.
Their set is simply remarkable and is even more amazing when you realize their second song is an original penned by a group member.

Check out the group's first place set below and be sure to follow this amazing organization, which is only going to get bigger.