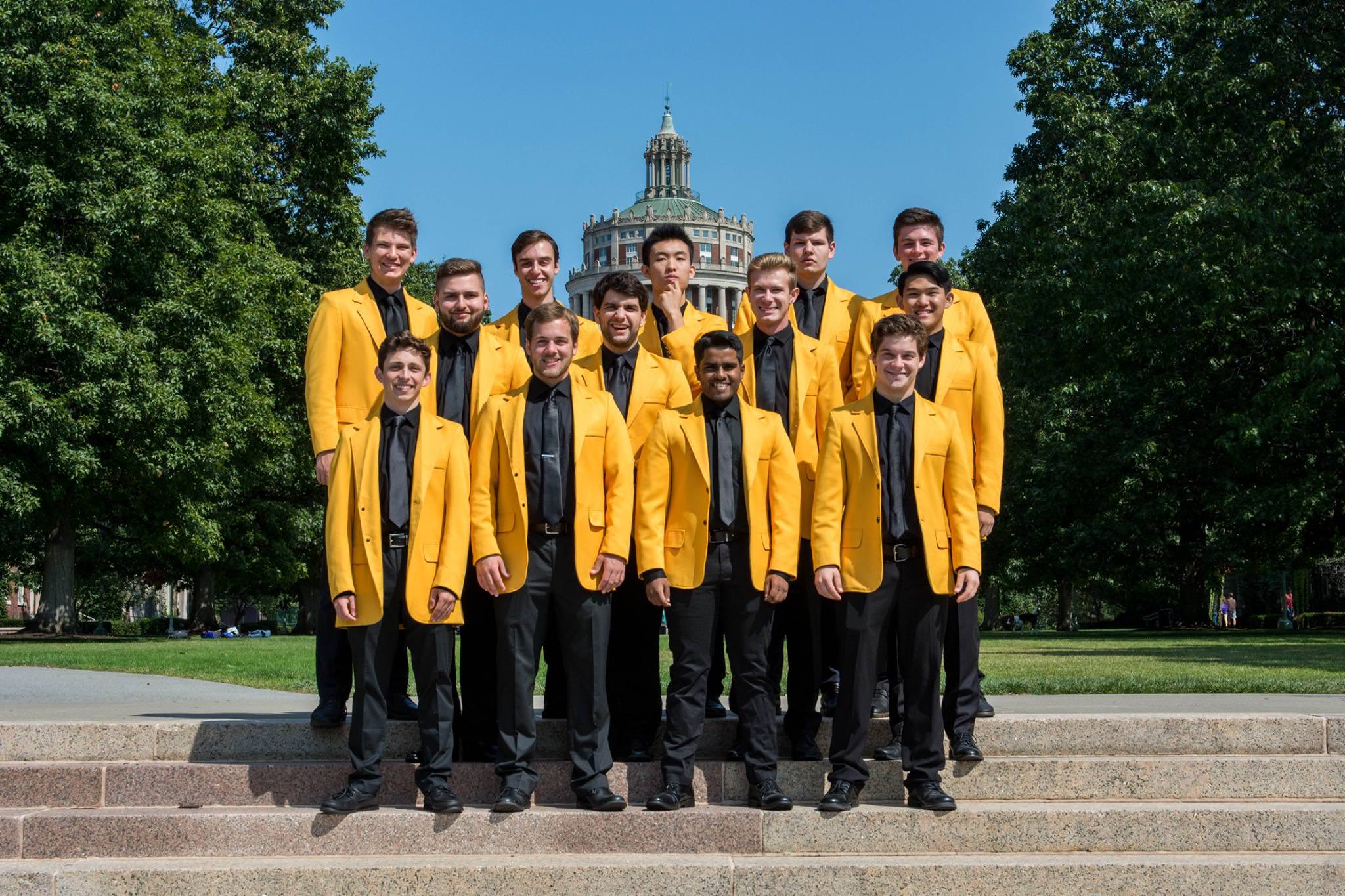 In 2011, the men of the YellowJackets traveled to Kenya to help a struggling school improve student attendance by encouraging music education. Seven years later, the group is heading back to effect change on a much larger scale.

The project was titled "United We Sing" and it played a bigger role than simply being the group's 16th studio album. At the heart of the project was an idea of uniting people through music. The growing concern of limited music and art resources in schools is not just an American trend, but an epidemic plaguing scholastic institutions globally. And in this particular case, a lack of music programs in the Kenyan village of Maseno was having a devastating effect on the local students. Its effect, kids weren't showing up to school.

Enter the YellowJackets of the University of Rochester.

The all-male a cappella group realized that a hands-on approach was the best way for them to get involved. So, in the Summer of 2011, the group traveled to the Kenyan village to do their part.
After the school altered the curriculum to emphasize more music, which played a vital role in children returning to school, the YellowJackets spent time with students, creating bonds through music. It was also on this trip that the YellowJackets recorded their album "United We Sing" with the school's choir.

The trip was such an inspiration that the group returned home and continued pushing for music education in their own community by working with schools with limited music funding.

Fast forward to today and the men are back with an even bigger project and goal...inspire music education throughout all of Kenya. This summer, the YellowJackets will spend two and a half weeks travelling through various regions of Kenya on a quest for participating in a cultural and musical exchange with the community at large. Their travels will see them returning to Maseno, the village where it all began, along with Nairobi, Butere and Kisumu. In each of these locations, the group will visit and sing with grade schools and orphanages in hopes of spreading music to areas that could really benefit from it.

This will also be a learning experience for YellowJackets as they plan to use the experiences from this trip to better serve their Rochester community when they return. The knowledge garnered will equip them with the tools needed to "raise awareness of the impact of cultural exchange and music education on creating relationships with people across the world." The YellowJackets hope that this trip and service project will help motivate and inspire other a cappella groups to become active in their own communities and get them to spread the power of a cappella music.

One small caveat to such a massive undertaking is that a project of this magnitude comes at a steep price, literally. The group hopes to raise $30,000 for their travels and needs the help of the a cappella community to do so.

The group has established a support page where individuals and organizations can learn more about their upcoming trip, find out more information about the YellowJackets and donate to their cause to help them reach their financial goal. To contribute, go here: Donate to U of R YellowJackets

The campaign has just under three weeks left and any support will greatly help their cause. Help the YellowJackets spread music around the world!